“Why?” the call went up.
“Why are there no photos from your Sun City trip?”

Well, to put it bluntly, because the vast majority of them were really rather rubbish.

Simplifying for x, it’s basically down to me and the camera.

I’m not motivating for new bit of kit here, because I’ve looked at the potential options for new bits of kit and they’re just foolishly expensive.

I did get a nice wildebees though. 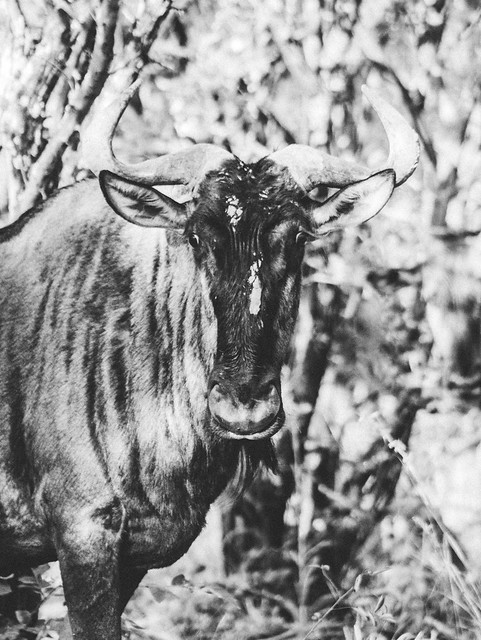 Although, looking again now, did I?

It does look better on black here. And yes, the idea was to get it to hide away in the bush, because even though it was right there, just 15 metres from us, the camouflage was impressive.

I’m going to have another look through the photos from that weekend, not because I think they’re going to magically get any better, but more to try to work out what went wrong, and how I can prevent the same thing happening again.

One lives, one learns.
Onward, upward.
Citius, Altius, Fortius and all that jazz.