Browsing through Flickr, I found this photo by Keren Wormwell – who I have always presumed (possibly correctly) as being the partner in crime of Chris Wormwell, who has featured previously on the blog. 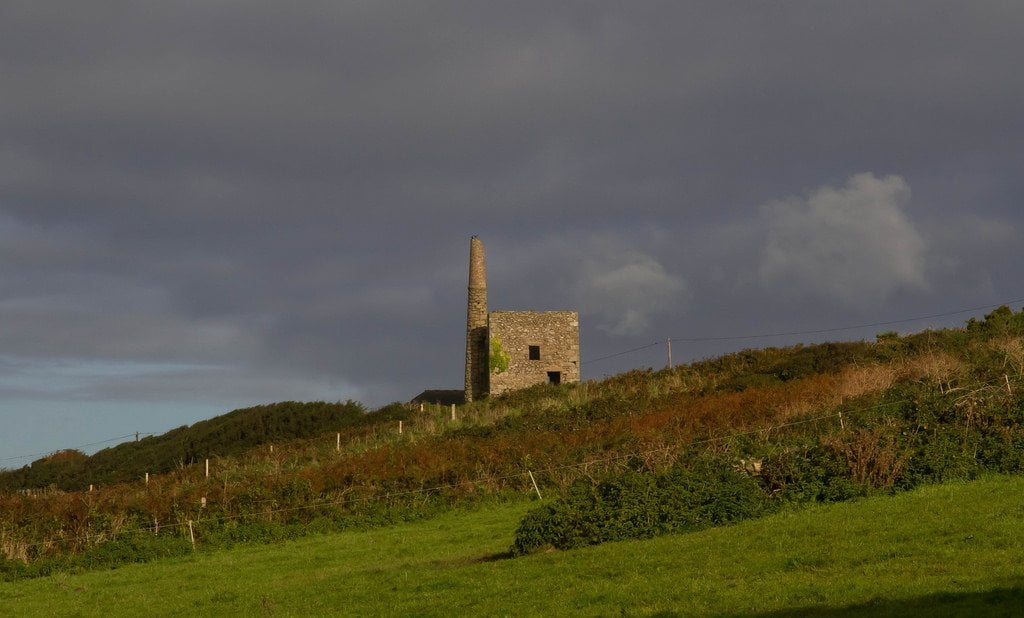 That’s a tin mine in Cornwall. Cornwall has many similarities with the Isle of Man in both landscape and culture. In fact, there’s a broad swath of similar areas running up from Brittany, through Cornwall, West Wales, Ireland and up into the Scottish islands. Perhaps united by their Celtic roots, and sharing similar language and lifestyles, if you were dropped in one or other of them, you’d have to do some detective work to find out exactly where you were.

Mining is another thing that joins Cornwall and the Isle of Man. Except in Cornwall it was tin and copper, and in the Isle of Man, it was lead. But the remains are dotted all across the landscapes of both. Here’s the chimney at Ballacorkish mine, a photo I was reminded of by Keren’s:

The mine chimneys were used to pull air through the mine. A fire was lit at the bottom of the shaft (under the chimney) and the hot air rising up the chimney drew air in from the horizontal tunnel (called an adit), keeping the miners suitably oxygenated. Later mines used steam engines, which also utilised chimneys.

But still, my point is this: every mine chimney in Cornwall is circular. Every one on the Isle of Man is square. You’d think that there would be one common, best way of building chimneys. It seems strange that the Manx and Cornish builders would do things so very differently. Maybe it had something to do with the quality of the building materials available.