And so, as widely predicted, loadshedding started again in South Africa yesterday. It’s the first time it’s happened this year, but it certainly won’t be the last. In fact, we’ve been told to expect it for the next 3 (three) years. Next week, our chronic problem will be acutely exacerbated by Koeberg’s No.1 Reactor being switched off for routine maintenance, and, if the reaction to yesterday’s events are anything to go by, we’re simply not going to survive.

Liverpool has long been chastised for its “victim mentality”. It is the Mario “Why Always Me?” Balotelli of cities, which is what made his move there last year so deliciously ironic. But a quick look at social media yesterday indicated that as a country, we’re pretty close to besting their “pity me” efforts. Here’s a quick selection of stuff I saw.

Complaining will usually make a difference if, say, you have had some bad service in a restaurant. Right with you there, Frana. But if you actually believe that complaining about loadshedding (even to these mysterious “right people”) will make the slightest jot of difference, you’re sadly wrong. While the restaurant manager can have a quiet word with your errant waiter, there’s no quick fix to [many] years of under-investment and the alleged lack of foresight by those in power (pun intended).

Every virus is created by man and they give it a name here is one looming in South Africa called #loadshedding — Thabo Sibiya (@thabo_s) January 27, 2015

Thanks Thabo. The microbiologist within me (I will let him out one day) has insisted that I pick you up on that first sentence though. Unless you are some crazy conspiracy theorist (and maybe you are), you should know that not every virus is made by man. Very, very few viruses are actually made by man. And loadshedding are not one of them.

And then there was the Sea Point Incident (#SPI), whereby the electricity tripped due to a power surge just as it was being restored following their allocated loadshedding period.
Jeez. You would think that the world. Had. Ended.

Obviously, the #SPI was a result of Eskom and City of Cape Town joining forces to deliberately crap all over Sea Point and thus, it was totes unfair:

@CityofCTAlerts morning please advise why parts of sea point were left in the dark last night with power only restored at 00.30 not fair

Because people had important stuff to do:

Why did Seapoint’s power go on for a minute and then suddenly off again? Need to charge my damn phone. #LoadShedding — MIXI (@DJMixi) January 26, 2015

Surely there was some sort of error?

Was last night’s 6 hours #loadshedding in Sea Point @CityofCT a mistake – or do I just not understand stage 2 et al?

And they really hope that it’s not going to happen again:

Honestly, if we could generate electricity by whinging, we’d be sorted.
But sadly for you guys: 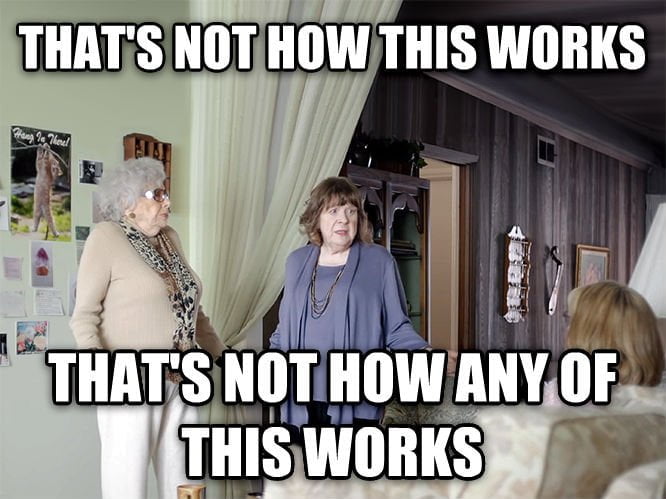 However, we have to go to Facebook to find yesterday’s winning loadshedding reaction:

Excuse me asking, but exactly which large rock have you been living under? And is it still dark under there?

Sure, you may not have Twitter, although you do have Facebook, but then, maybe you don’t use it very much. (Although you could, and then you might not be so unpleasantly surprised in future.)

But do you not have a newspaper, an internet, a radio or a TV? If you do, do you read, listen or watch it? If so, how did you not know this was coming? And if not, how exactly do you expect to expect the wholly expected? Must the authorities inform everyone else by these mass methods of communication, but employ someone to pop round personally inform you of the latest news? Is this what we’re paying our taxes for? If so, it’s money that could be better spent on mending the broken electricity grid, so it’s people like you that are responsible for all these problems in the first place.

You and Apartheid. Allegedly.