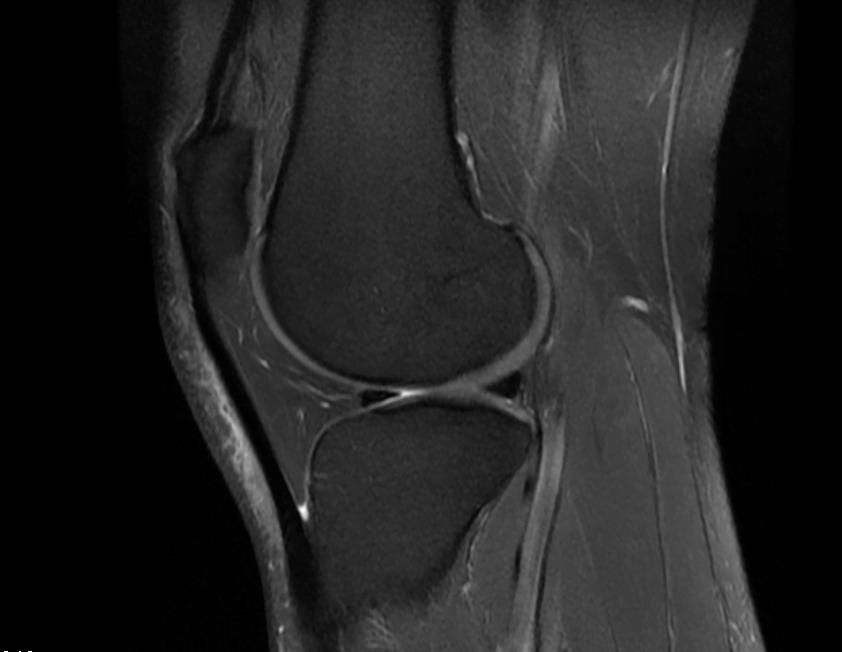 Here’s one of the many hundreds of images that were taken. I know basically what I’m looking at here, but I’m not completely au fait with exactly what a good knee should look like.
If you’re in the know about these things (and I know of at least three doctors that regularly read this blog), and it shows something massively serious, rather leave it for the knee doc to tell me when I chat to him later this week.

Of course, I need something to be wrong. There’s no point in going through all these short, expensive appointments only to find that… well… there isn’t anything to find. I need something to be wrong so that they (the knee team) can put it right. Truth be told, I know that they’ll find something, because I have absolutely typical symptoms for cartilage damage. I’d just like it to be cartilage damage for the right reasons and still in some sort of repairable state.

MRI images are quite cool to look at, but if there was to be some sort of Trophy for Cool Scientific/Medical Images, they would fall some way behind electrophoresis gels: 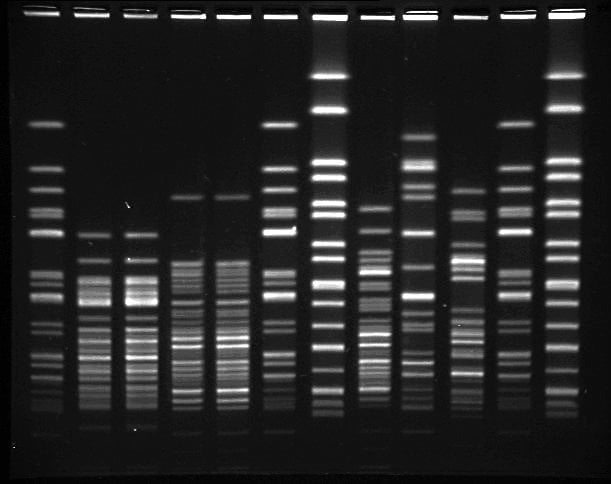 for overall trendiness, I feel.