Much hubris from the ANC over Brett Murray’s depiction of President Jacob Gedleyihlekisa Zuma in a Leninist pose, but with his bits hanging out of his trousers. As far as I’m aware, Lenin never did that. 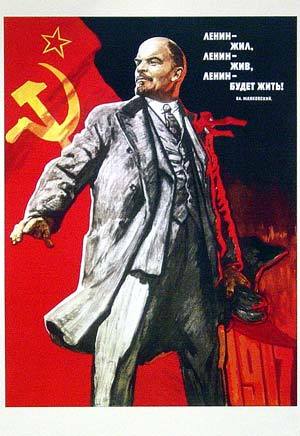 Nope. Vladimir is all tucked in there. And thank goodness, if the rumours of his immense statue are to be believed. Apparently, “Once you go Red, you never go back.” Or maybe it was all propaganda.

I’m not publishing the JZ picture on here, not because I disagree with it being painted, drawn, whatever, but because I really have no compulsion to have a stylised image of Mr Zuma’s parts on my blog. If you want to see “it”, then pop over to this M&G story on the subject.

But come now, it’s just another big fuss over nothing. In protesting, the ANC have now ensured that the Streisand Effect is in full force and the 99.99% of the nation that was wholly unaware that a picture of the President with his fly down even existed are now marvelling at… at… Murray’s work.
It’s fantastic publicity for Murray and for the Goodman Gallery for what, to me, resembles a GCSE art project (but with a willy). If the artist is trying to portray a message with his work – and apparently he is – it’s been thoroughly lost in the rumpus around JZ’s bits being on display. If you want to send a message through art, maybe go back to throwing loo rolls into trees.

Meanwhile, the “freedom of speech” brigade are out in force again, citing Constitutional rights as they always do when this sort of thing happens. And, of course, they are right: Murray is well within his rights to illustrate the genitals of anyone he wants.
But I would love it if despite the fact that Brett Murray had the right to paint JZ’s genitals, he chose not to. Just because you’re allowed to do it, just because it’s your right, it doesn’t mean that you have to. And yes, the ANC has its knickers (not depicted) in a knot over this and it’s all awfully silly, but there really was no need to have done it in the first place. Except to earn the fat fee that some stupid overseas buyer has paid for it, I suppose.
Meh. Brett should head off and find something else to do that actually benefits the country.

As for Jacob – if he didn’t want the picture painted, he should never have agreed to pose for it.

7 thoughts on “Just Hanging Out”