And while we’re on about Cape Town flights, flight 666 landed here last night.
666. And people complained about Lady Gaga bringing Satanism to SA.

That was the flight number for Iron Maiden’s tour 747-428, flown in from Perth by their lead singer, Bruce Dickinson. I bet that the Tall Accountant can hardly contain himself. 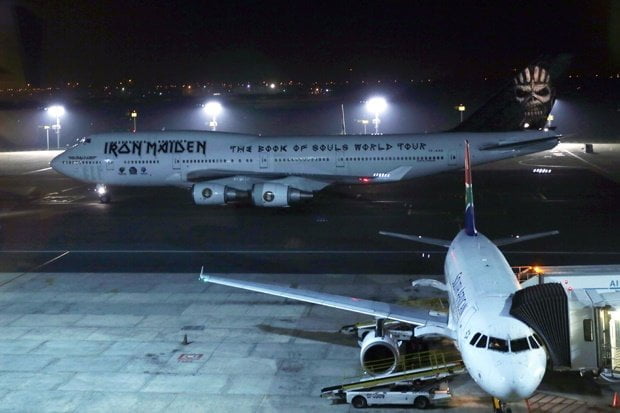 The plane, an ex-Air France unit named ‘Ed Force One’ and commissioned from Air Atlanta Icelandic, is an upgrade from the 757 that the band used on their previous tour.

TF being the registration demonym for Iceland in the same way that ZS is for South Africa.
I’ve no idea. I don’t make the rules.

The plane adds an extra dimension to the fans’ experience and is a draw in its own right, both at the airports on the tour and on the merchandise site.