So, long story short, it seems that my op didn’t go as well as we had hoped. The bleeding post op has been quite serious, and I’m still going to be struggling with the effects of that for at least a few weeks. I saw the surgeon again this morning to have the stitches removed and he wasn’t hugely happy with the way things have gone.

That said, this mini check-up did give him a chance to share some photos with me that he had taken during the op. And aside from the one which showed the bit that wasn’t quite right (and so which he removed), the rest of them were simply to demonstrate just how good my knee joint is (was?) actually looking.  But when he showed me this one, I had to take a quick snap of it, because I think it’s epic. 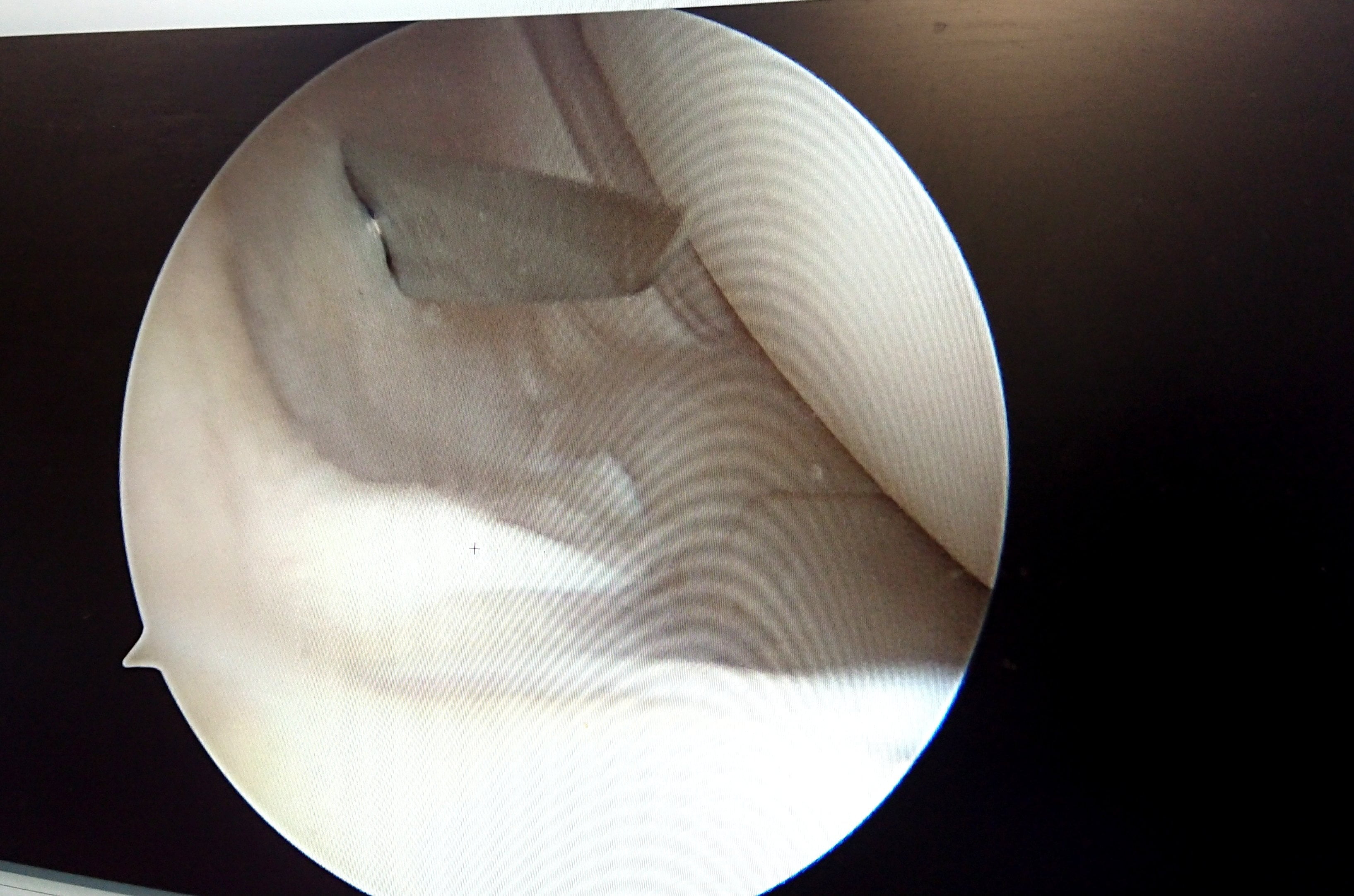 Anyway, that was taken by an arthroscopic camera inside my knee joint, shows the scalpel making the incision for the arthroscopic instrumentation coming into the joint from the other side. (They make two incisions and use two tools, like this.) That smooth white thing at the top right is the bottom end of my femur.

You can see the writing on the blade!

This sort of photo appeals to me. It’s one thing to watch videos and see photos of scientific and medical stuff, but it’s quite another when the picture is of a bit of you that has been just there [points at knee] all your life, but you’ve never actually seen. I’d love to have been able to have a local anaesthetic and watch the whole thing live. (I… er… have done that before).

But how amazing is this photo?
Well, probably not hugely to you, but for me, it’s incredible. Because it’s me, see?

If it was you, you’d be amazed too.