A great piece in the New York Times describes the ongoing Russian psychological warfare practice of Maskirovka (literally “Disguise”), and how it has been used for hundreds of years, merely being updated to provide a bespoke approach to each individual conflict in which they have been involved.

As Andrew E Kramer tells us, this strategy is merely an larger-scale, upgrade of the traditional camouflage:

The idea behind maskirovka is to keep the enemy guessing, never admitting your true intentions, always denying your activities and using all means political and military to maintain an edge of surprise for your soldiers. The doctrine, military analysts say, is in this sense “multilevel.” It draws no distinction between disguising a soldier as a bush or a tree with green and patterned clothing, a lie of a sort, and high-level political disinformation and cunning evasions.

That’s gone from taking Prague Airport in 1968 via soldiers arriving on a scheduled Aeroflot flight from Moscow, through to alleged humanitarian convoys heading into Crimea and Syria more recently. 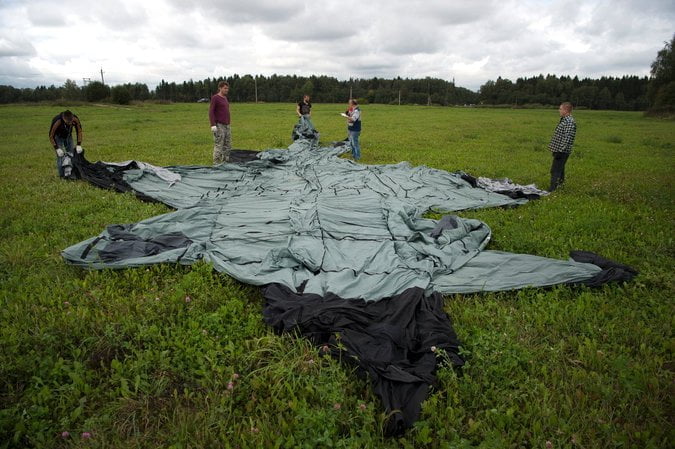 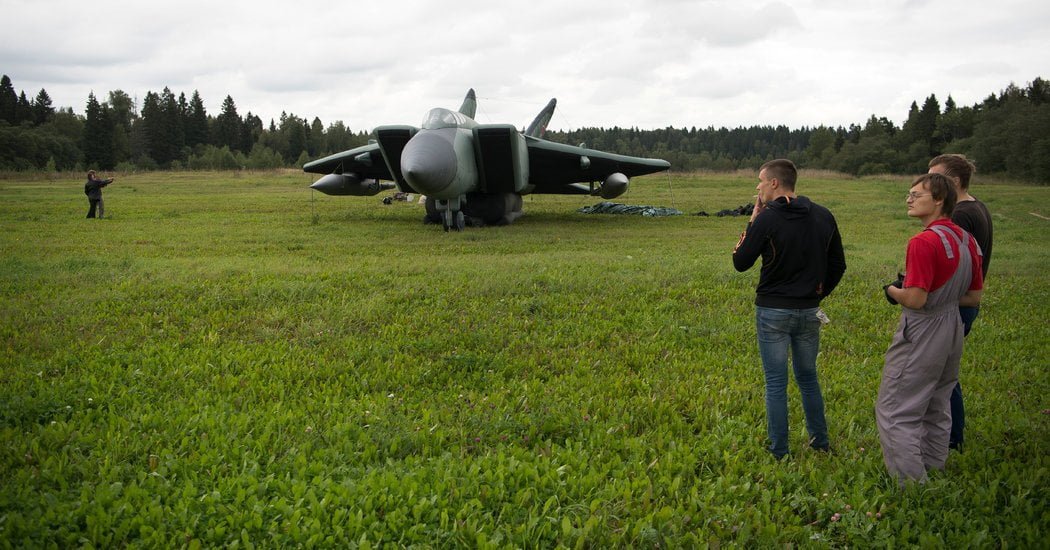 Yep – that’s not a real MiG-31. It’s simply a MiG-31-shaped bouncy castle. But from space or from reconnaissance aircraft, it looks pretty much exactly the same as the real thing. In fact, here in the middle of this Russian field, it looks pretty convincing too. The idea being, of course, that enemy intelligence is fooled either by the positions or number of aircraft on the ground, prompting strategy based on incorrect information, prompting almost certain defeat (or something).

“If you study the major battles of history, you see that trickery wins every time,” Aleksei A. Komarov, the military engineer in charge of this sleight of hand, said with a sly smile. “Nobody ever wins honestly.”

And, ahead of the upcoming World War recently hinted at by crazy conspiracy sites and taken in, taken up and regurgitated by churnalists at even crazier tabloid newspapers, the Russian fake inflatable military equipment market is booming:

The company would not disclose how many inflatable tanks it made, because the numbers are classified, but Ms. Oparina said output had shot up over the past year. The contract forms one small part of Russia’s 10-year, $660 billion rearmament program that began in 2010. The factory now employs 80 people full time, most on the military side sewing inflatable weapons.

It’s a reminder that while we have the technology to spy on each other from hundreds of kilometres up, to guide bombs and missiles to targets with near pinpoint precision, there’s still a place in modern warfare for simple, basic tactics.

And they still work.

UPDATE: There’s actually a page on the Rusbal website where you can order these things.
“Price: negotiable”