They’ve all got it in for me. (with apologies to Frankie Howerd)

Well, JZ isn’t going to be happy anyway after my tweet appeared in today’s Mail & Guardian: 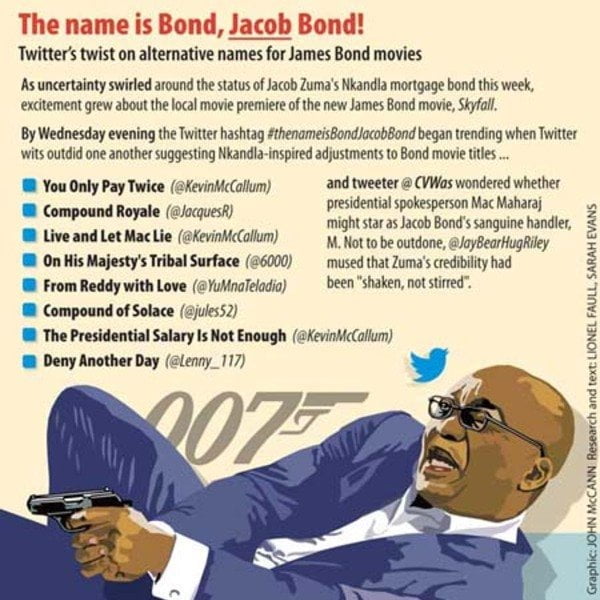 The story itself makes pretty horrendous reading, so maybe you shouldn’t.

For those outside the Republic or who have chosen not to follow the Nkandlagate thing (some people can only handle one big news story at a time and it has recently been announced that Justin Bieber is coming to SA), my tweet refers to the fact that JZ’s smart KZN pad stands on land owned by the Ingonyama Trust, the body that administers Zulu tribal land. The trust has confirmed that Zuma holds a formal lease on the portion underneath his compound, but does not hold the title deed; a fact relevant because banks generally refuse to issue loans to finance properties on such land.

I’m well aware that explaining the reasoning behind a joke immediately removes any lasting element of humour from it.