A new addition to the signposts on the approach to the Kildare Rd mini traffic circle (traffic mini circle?) in Newlands instructs drivers that it would probably help those around them if they “indicate when turning”. 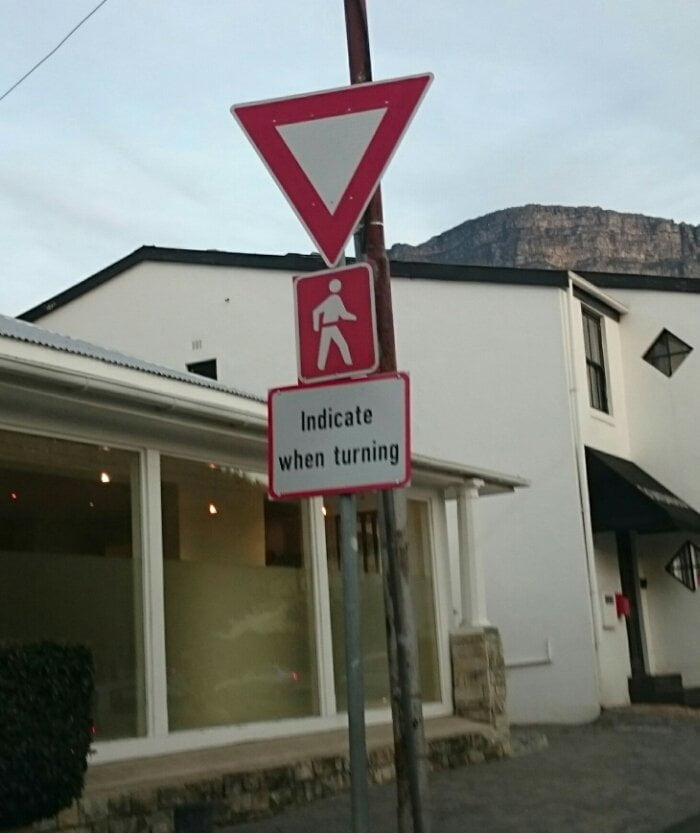 Now, I know what you’re thinking. You’re thinking “But… but I do indicate when I’m turning. I mean… that’s what you do… that’s what they’re there for, isn’t it?”, and you’re right and that’s because you are a sensible driver who is probably not living in South Africa, where mind-reading on the roads is less of a staged fraud and more of a necessity.

And so, yes: the “indicate when turning” may seem a little unnecessary to you, but I have a feeling that it’s about to be joined by something even more spectacular. And that’s because sometimes a single sign simply isn’t enough.
And there’s precedent for this just down the road in the Access Park Shopping Complex: 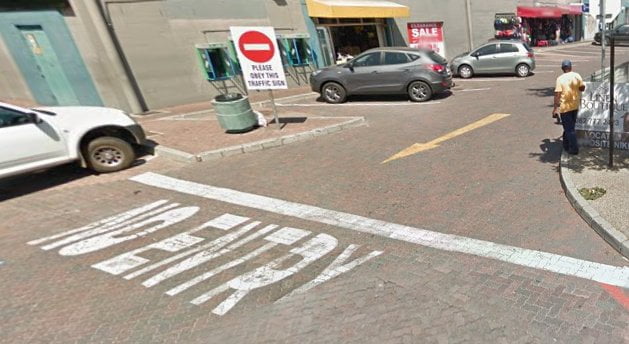 Yes, please enjoy this screenshot from Google Maps, containing what is still one of the most bizarre traffic signs I have seen anywhere. For those of you with utterly appalling eyesight, just under the big red NO ENTRY sign (and just above the words “NO” and “ENTRY” painted 2m high on the road) are the words:

And you’re asking them nicely too – none of that straightforward “do this” of the “indicate when turning” signage. Manners maketh the man and they apparently maketh the more polite and therefore better adhered to road signage as well.

Personally, I can’t believe it works, but assuming it does, there’s still plenty of room just underneath the “indicate when turning” sign for another, stating: “we’d really appreciate it if you took notice of this request, please”.

And then, when leaving the traffic circle, a “thanks a lot” wouldn’t go amiss either.

4 thoughts on “Indicate when turning”