Because some of my FB friends do: Likes don’t save lives. 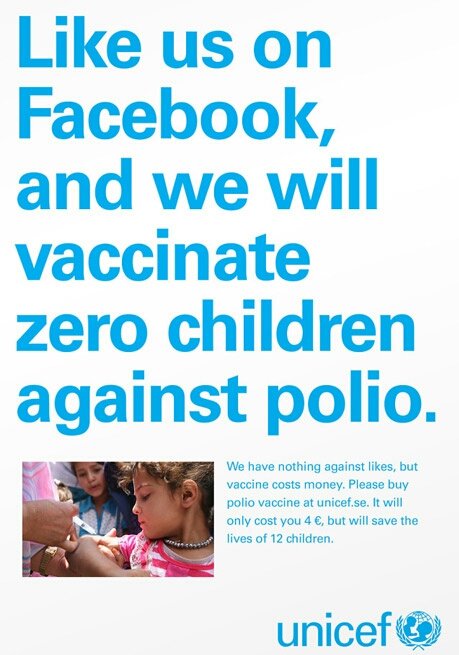 That’s the tagline of a new campaign by UNICEF in Sweden. They’re encouraging people do donate money rather than just click a button. Because while the clicks are absolutely lovely, they don’t actually do anything. They’re just an easy way to pretend you’re making a difference. It’s slacktivism at its worst.

Of course, far fewer people will put their money where their click was. But it’s worth remembering that even a single cent is still worth more to charity than any number of those likes.

(Oh, and while we’re on the subject, actually, “one like ? one prayer”, although both are worthless, as mentioned above, it’s likely to do about as much good. i.e. none.)

3 thoughts on “In case you need to be told”