Spotted this morning on several poles on the way to work, this headline deserved a blog post and submission to this flickr group. 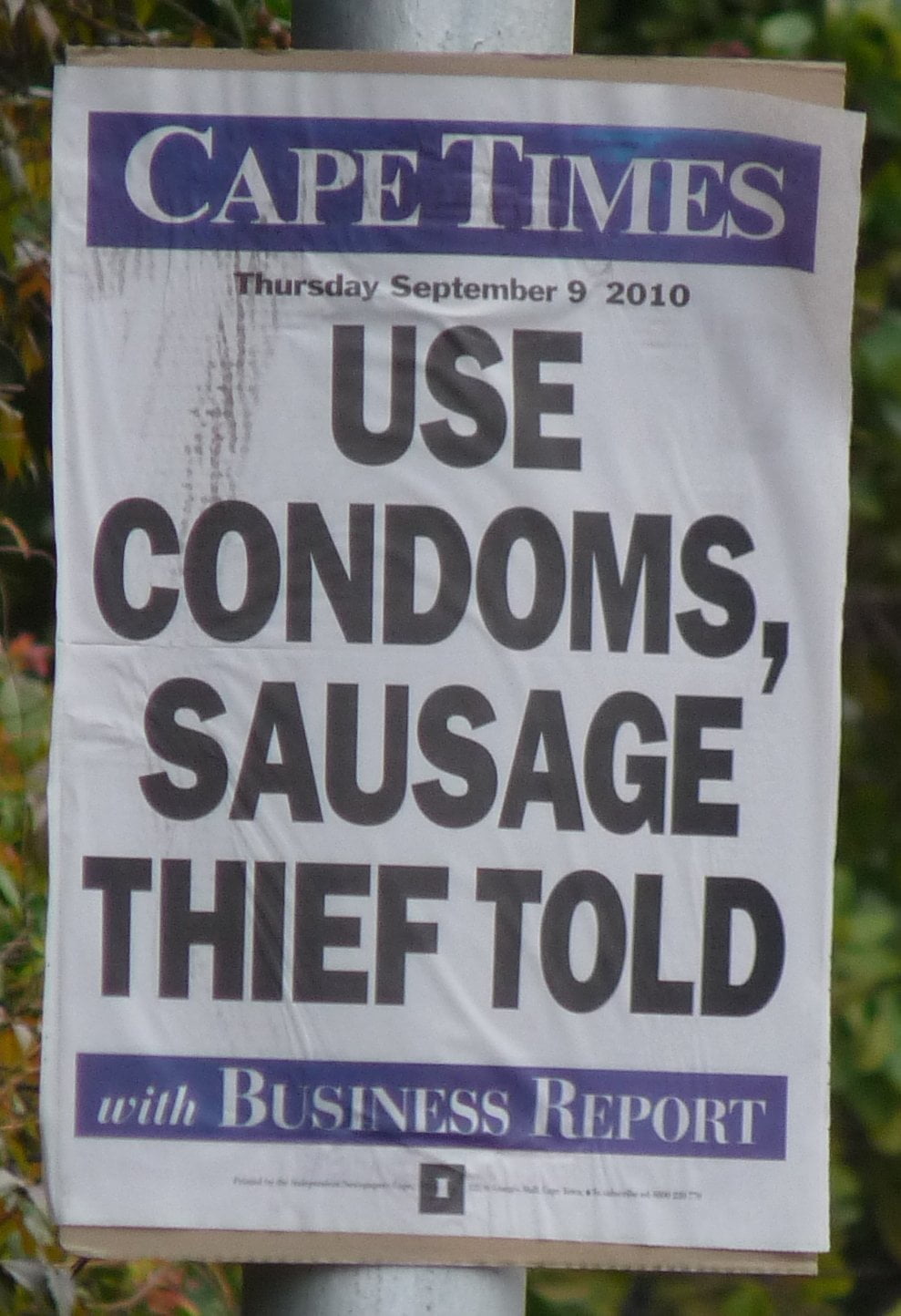 I had a copy of the newspaper in my car with me, but reading a newspaper while driving comes a very close second to using a mobile phone while behind the wheel. And, with the traffic approaching Koeberg Interchange as bad as ever, my mind began to wander.
Who had advised this sausage thief on his prophylactic usage?
And why?

Was this a better way to smuggle sausages out of wherever he had stolen the sausages from? After all, no-one’s going to suspect that a sausage-shaped something in a condom is actually a sausage, now are they?
Even if they did, they’re unlikely to want to check.

(This wouldn’t work for boerewors though. Unless it was a very big condom.)
(And rather oddly shaped.)

Additionally, it wouldn’t work for cheese, which is what he also stole – and “Cheese Thief” is what the online version of the Cape Times has got him labeled as. R299 worth of cheese and Vienna sausages. All he needs now is the pineapple and the cocktail sticks and he’s ready for a buffet of note.

At 23 years old, Mzawanele Japhta already has 4 kids. And that’s why magistrate Grant Engel urged Japhta to go to a clinic for free condoms, “before you end up with 30 children”.

Who would presumably require him stealing a whole lot more sausages and cheese.