21 Best Travel Photos Of 2017 Were Just Announced By National Geographic, And They’re Amazing!

screamed the clickbaity headline.
Perhaps I should have ignored it, but I dived in anyway and here’s what I found.

Of course, all those photos are really good, but there were two that stood out for me. One was this one, from the Rijksmuseum in Amsterdam. The other (predictably), this… 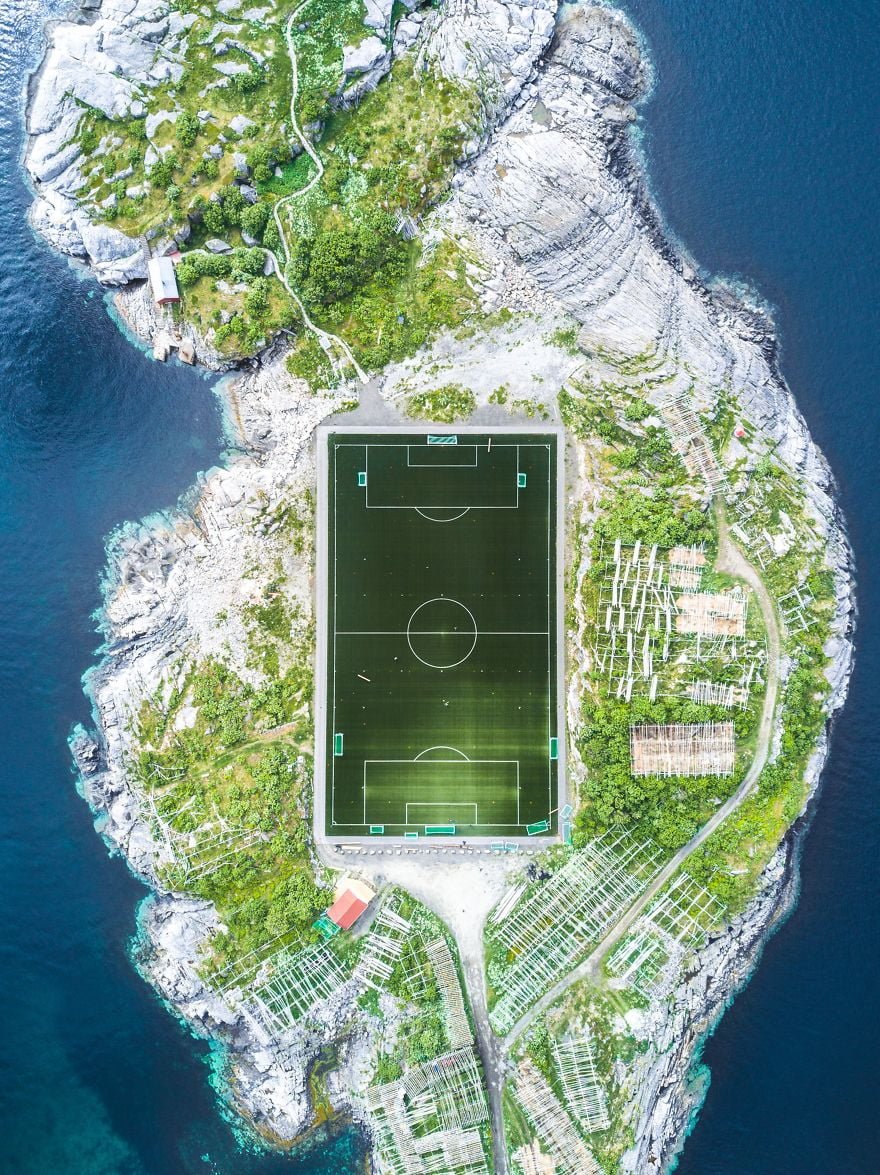 Norway; Drone; Football? Some frantic box-ticking going on there.

In Norway’s Lofoten Islands, the Henningsvær football field is considered one of the most amazing in Europe. This photo was taken during a sailing trip from Tromsø to the Lofoten Archipelago. After a week of cold and rainy weather, the sky finally cleared up enough to fly my drone. We were absolutely astonished to learn that the entire football field is heated, so after lying down and soaking in the warmth, I launched my drone and took this photo from a height of about 390 feet (120 meters).

That’s pretty much exactly what I would have done, which gives me high hopes for a personal win next year.

Now – who’s funding my trip to Norway to get some practice?