This was shared by @JonJonFaull last night, and deserves a blog post all of its own: 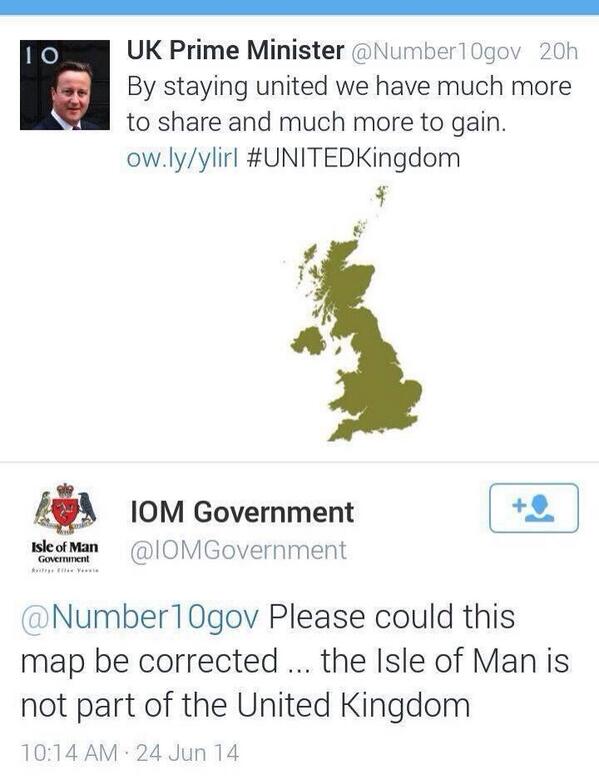 Yes, as Davy C should really know, while Scotland is still a part of the UK, the Isle of Man certainly isn’t, and never has been. And that means that it’s not part of the EU either.

This self-governing crown dependency makes its own decisions, like imposing its own sanctions against Russia over the annexation of Crimea. Yeah. What are you gonna do about it, Vlad?

There are, however, some similarities between Cameron’s place and the Isle of Man when it comes to sport, namely that the Manx cricket team isn’t great (Manx lose to Norway in Euros) and the national football team isn’t great in penalty shootouts (Ellan Vannin heroes lose final on spot kicks).

But that little green dot twixt England, Northern Ireland, Scotland and Wales above is well used to punching above its belt and rightly, it has no problem with telling No.10 where to go.