Just seen this on twitter (via @SAelections from The Times):

That only leaves a maximum of 622 for the VF+. They must be pretty annoyed after all the effort they went to.
It does mean that the DA secured 77% of the expat vote and can now change the Constitution of Putney and Wimbledon. Or something.

Incidentally, I make that a 60.5% turnout overseas in comparison with 77% here in SA, which I find strange after all the court cases, acrimony and the effort that people had to make to register.
Rather apathetic. Which is only one more letter than this whole ex-pat voting saga has been from the start.

EDIT: Here’s a snap of the IEC’s overseas election results board. VF+ only polled 270 votes. Oops! 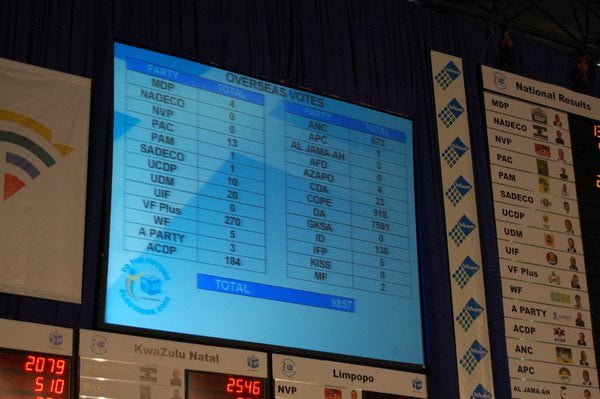