Fortunately, we don’t really have earthquakes here in SA, but if we did have a semi-active geological fault, we’d almost certainly build a nuclear power station on it.
Not so California, of course. They’re well used to living alongside the infamous San Andreas Fault. Fairly recently (January 1994), LA was rocked by a 6.7Mw quake, killing 57 and injuring almost 9,000.

But that was nothing on the April 1906 San Francisco earthquake of 1906. No exact figures have ever been calculated as to how many died that day, but it’s widely believed to be over 3,000, with over 275,000 left homeless.

Now, Shawn Clover of… er… shawnclover.com has done some blends or mashups of modern day San Francisco and the city after the 1906 earthquake. And they’re really rather good. 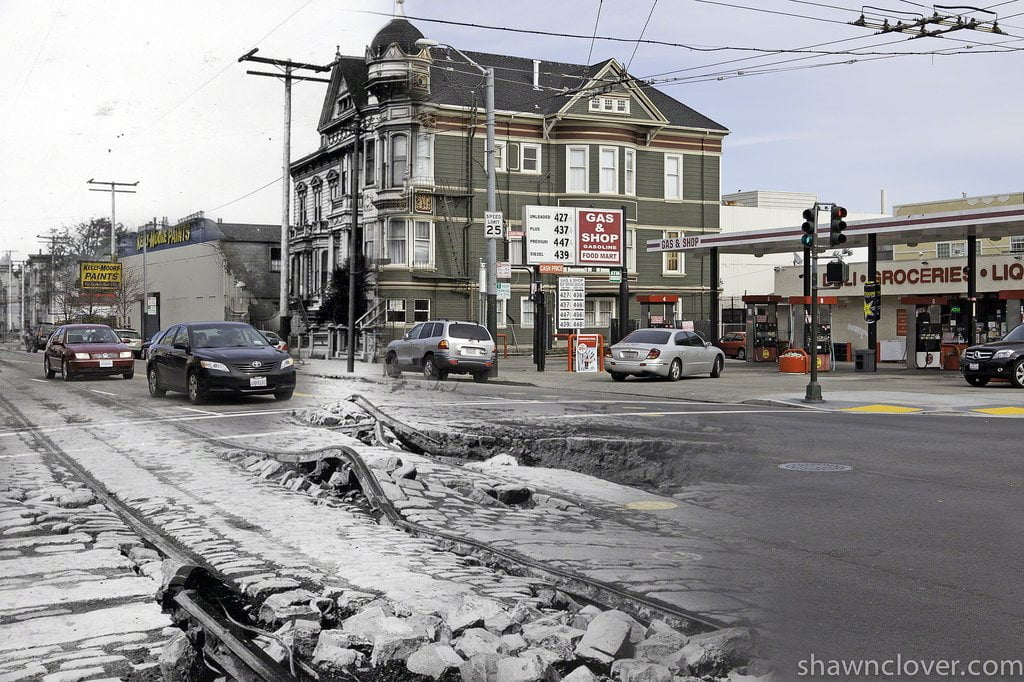 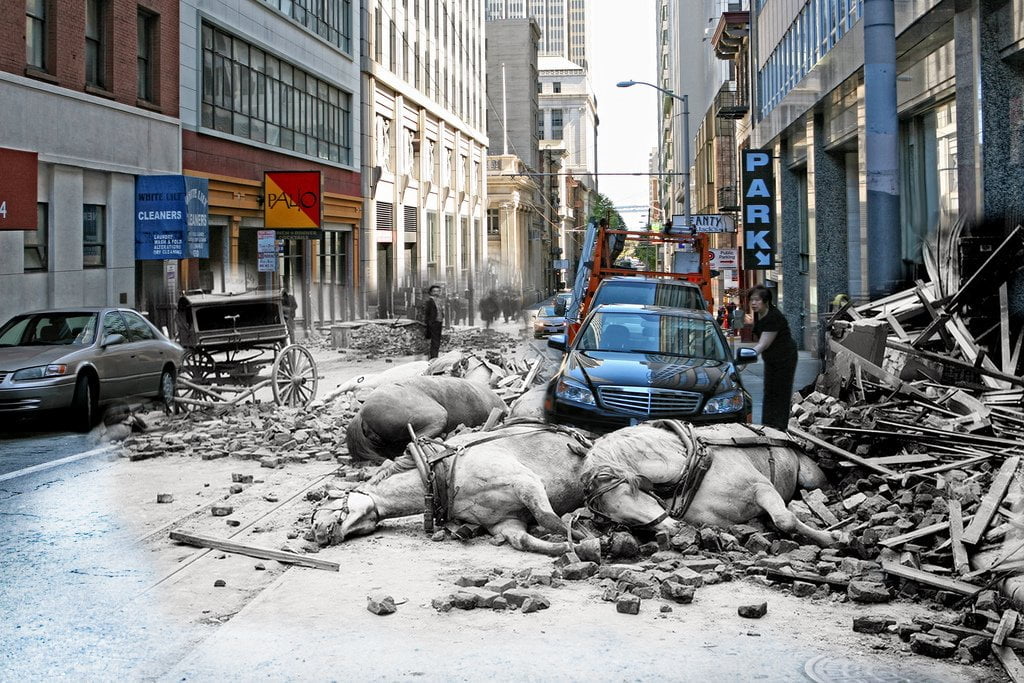 Shawn’s captions are also clever – seamlessly describing both the 1906 and current scenes.

Go and see more in the two parts of his 1906 Earthquake blends, here and here.