I’ve been planning ahead for our trip to Europe later in the year. Part of that planning is working out where I can safely and legally fly my Mavic.

It’s reasonable to say that there are differences in the approach to drone rules and regulations between differing countries.

Take, for example, the Isle of Man: 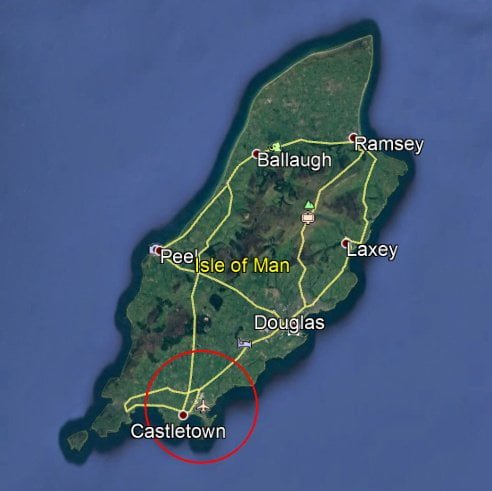 Basically, with a few provisos here and there, together with a dollop of common sense and a healthy respect for other people, you can fly your drone up to 120m high anywhere outside that red circle.

You need to employ those same provisos, that common sense and respect in France too. But it’s a bit more complex than the IOM.
Here’s a map of the bit of France we’re going to: 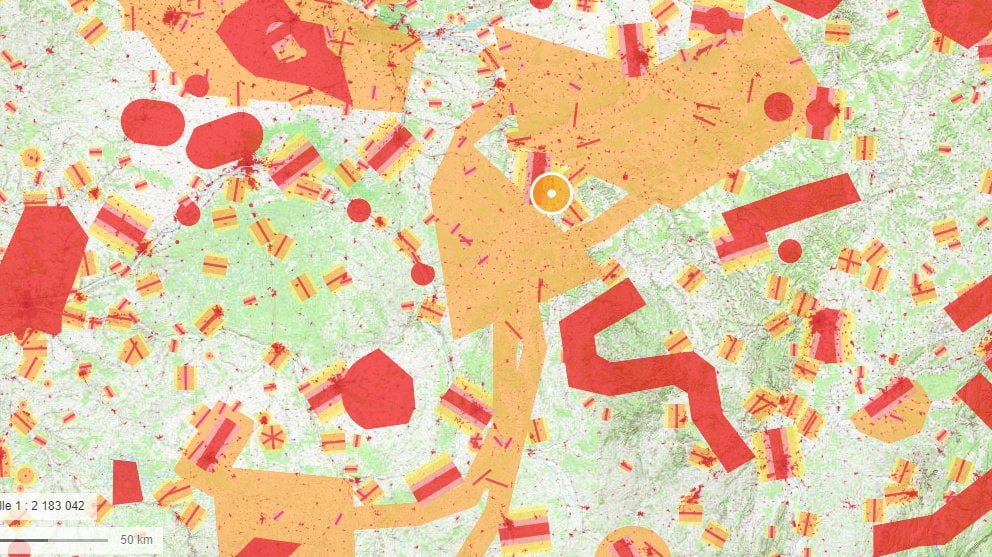 Easy stuff first: no flying in the red bits; but yes flying (up to 150m, nogal) in the uncoloured bits. No problem.
From there though, it gets complicated. Pink areas allow flight to 30m altitude. You can fly up to 50m up in the orange (or is it peach?) areas. Even better, in the peach (or is it orange?) areas, you’re permitted to fly at 60m up from your takeoff spot. I’m not sure why they have this 10m difference. Presumably, something important happens (or is likely to happen) in this narrow strip of airspace in orange areas that doesn’t happen in the peach areas. Oh, and then in the yellow areas, you can fly up to a height of 100m.

I’m happy to comply with all of this, of course. It’s just that it’s massively complicated given that we go through a constantly changing kaleidoscope of colour as we wend our way downstream, so I’m going to have to keep a digital, zoomable copy of this map to hand.

The other thing is that for a lot of these restricted areas, it’s not very clear why there are restrictions. That doesn’t matter, of course – if it says not to fly, you don’t fly. It would just be nice to know what that bizarre mirror image of a question mark is bottom right. And why there’s that huge, weirdly shaped peach (orange?) swathe right across the middle of the map.

Obviously, I’m going to follow all the rules and regulations. There’s more than enough opportunity to get some decent shots and video in between all the bureaucracy.

But it’s going to be much more simple to chuck Florence the Mavic up once we get over to the Isle of Man.