It has been a thoroughly depressing start to the year in South Africa: the economy and the currency are tanking, the exam results weren’t great (allegedly), the heatwave and drought are biting, farmers are suffering, prices are rising (and seem likely to rise further) and all in all there seems to be a very limited amount to look forward to right now.
Perhaps unsurprisingly, given the “speak first, think later” nature of social media, Facebook and Twitter have reacted poorly, with arguments over everything – some reasonable, many not – as the under- and over-sensitive members of society continue to find myriad reasons to offend and be offended. And if that wasn’t enough, the whole situation is generating thinkpieces and open letters like there’s no tomorrow.

Won’t somebody please think of the children?
Actually, won’t someone please just. think.

But there are still occasional gems if you’re willing to wade through the BS. The heatwave is hitting our neighbours in Botswana too, and the government there is warning their citizens on twitter: 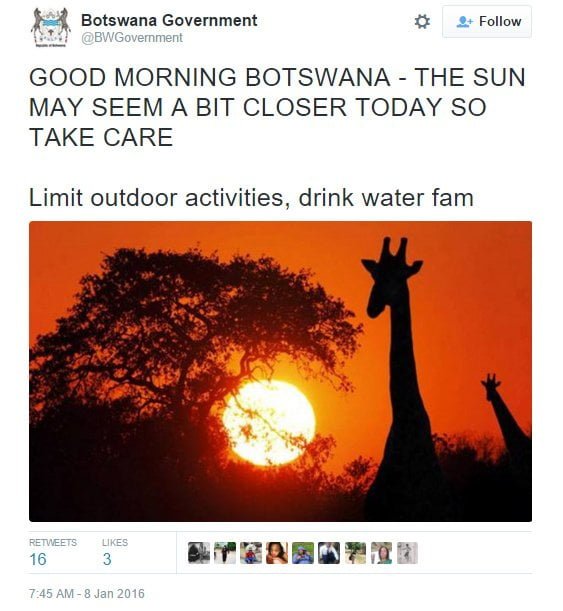