Having just dealt with 15kg of Lego at Alex’s birthday party this weekend, you might think that I’d have gone off the plastic stuff for a while. But no – and what could possibly combine Lego and my love of football better than a combination of Lego and football in Chris Smith’s “English football stadiums built out of Lego” project? Not only does Chris get to… well… build English football stadiums out of Lego, he also got the UK Government to give him a grant of £5,000 (that’s R89,148.01 at today’s exchange rate *involuntary clench*) to do it. 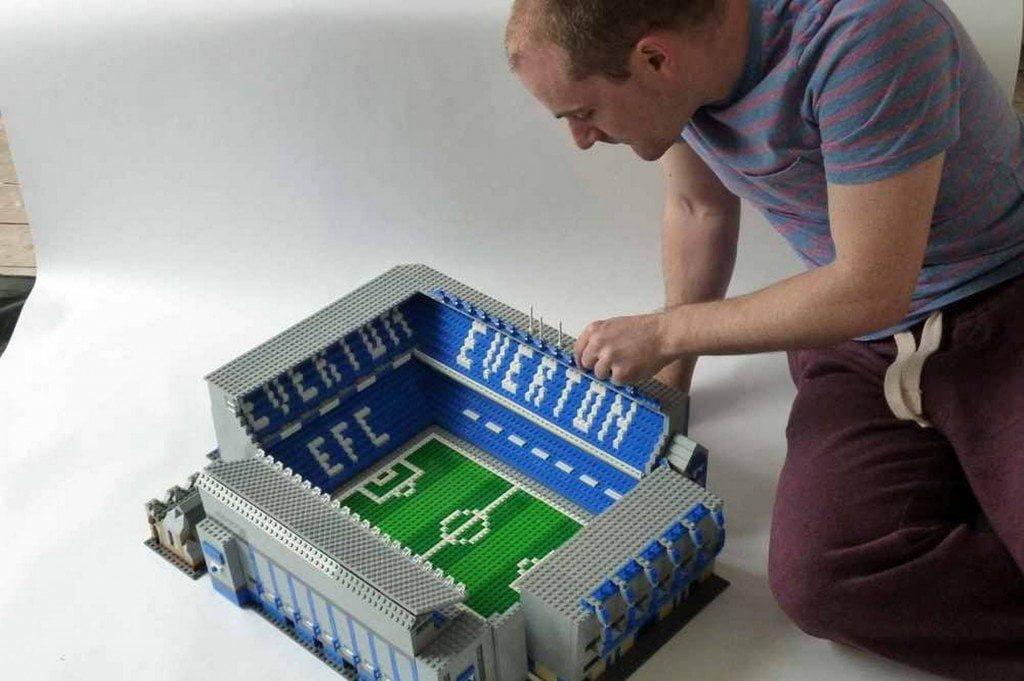 Here he is “doing” Goodison Park, just down the road from where Steven Gerrard threw the title away this weekend. Interestingly, the supposed omnipresence of Lego was found wanting by Chris, which is why he started doing what he is doing:

The 31-year-old former primary school teacher came up with the idea after searching the internet for football-related Lego already on the market and drawing a blank. He uses pictures of the stadiums, Google Street View and his own experiences of grounds he has visited to build the models.   Mr Smith is now hoping to turn the project into a business, Brickstand, and intends to sell the finished stadiums, branded t-shirts featured images of the models and other football memorabilia built from Lego.

It’s a brilliant idea! The plan is to do all 92 of the football league grounds, but on Hawksbee and Jacobs’ podcast yesterday, he suggested that he might just “go rogue” and throw in Celtic Park as well. YOLO! I’m left wondering what I can build that people might want to buy and that hasn’t already been done by either Lego or someone innovative like Chris?

One thought on “Dream Job?”