I have not one, not even two, but THREE dead penguin stories for you today.
Now there’s something that other blogs never give you. (I would imagine, anyway.)

Yes, sad news, but avian malaria – causal agent Plasmodium relictum, and spread  by mosquitoes like other malarias – is actually fairly common around the world, even in the UK. Ironically, the only place that birds are safe from avian malaria is Antarctica, famous as being the big cold bit down at the bottom of the world, and frequented by… er… penguins. At the last count, Longleat had lost 25 of its 34 Humboldt penguins (Spheniscus humboldti). Let’s hope their efforts to save the remaining 9 are successful.

Yes, sad news, but… hang on… haven’t we done this one before?

But that was in July, and that caracal was captured and relocated (we told you about that bit, too).

But Disa (for it was she what was eating all of the penguins) was radio-collared before her relocation, and this time around, it’s not her. Because when one caracal is moved, another will happily take its territory. Especially when that territory features large numbers of lovely plump penguins.

The City of Cape Town urges residents and tourists to support and assist efforts to capture a caracal which is currently preying on endangered African penguins in the Links Crescent and Froggy Pond areas of Simon’s Town.

Disa was quickly captured and successfully relocated, but as we now see, that did little to help the penguins. Assuming that the authorities can work their magic with this new caracal equally quickly – and that things follow the same pattern – I’m hopeful that we can report on more penguin predation before Christmas.

And then there was: Penguin killed by Beagle.

Yes, sad news, but etc etc. This photo was sent from home this morning: 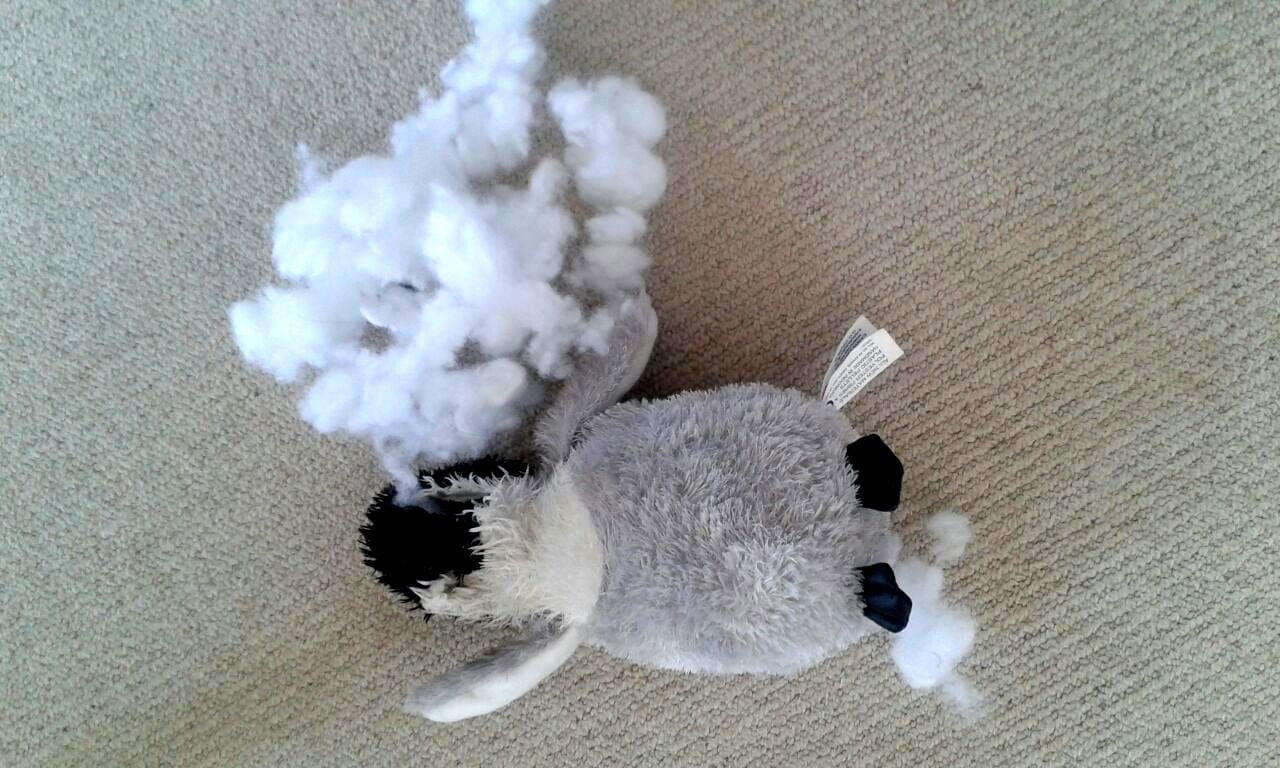 The beagle was found upstairs (the beagle is not allowed upstairs), chewing this penguin chick from our daughter’s bed (the beagle is not allowed to chew the kids’ toys). Essentially, that white cloudy stuff you can see there is spilled penguin brains, and I now have the difficult task of performing some sort of surgery on this juvenile Emperor Penguin (Aptenodytes forsteri) before my juvenile daughter (Homo sapiens) sees it.

Any retribution on the beagle – while satisfying – would sadly be logically pointless as dogs (Canis lupus familiaris) are pretty stupid and can’t associate punishment with the actual crime unless they are actually caught in the act.

Either that or they’ve just made us humans think that’s how things work, in which case, they’re actually pretty clever. And devious. And destructive. And oh, why, oh why did we have to get a beagle?