As agricultural water use is throttled (and with all the implications thereof), Cape Town’s impending Day Zero has moved back almost a month to 11th May.

The Day We May Have To Queue For Water

rather than the previous incarnation, which was:

The Day The Taps Will Be Turned Off

And there is obviously some debate as to whether this good news should have been announced. But if the City wasn’t to announce this, would they not be accused of scaremongering once the media got hold of the story. They tried to slip it out – there wasn’t much of a fanfare to be honest – but such is the massive public interest in the water crisis, it was never going to slip under the radar. But will this stay of execution now result in residents using more water as they see the problem as having been solved? Quite possibly, although it clearly isn’t.

As one twitter user (it was The Guru) quipped though, we’re still very much lost in the woods, and nowhere near out of them.

That said, it might all be sorted after the weekend, as the National Department of Water and Sanitation are motivating for a 3 day weekend of prayer and mediation [sic]: 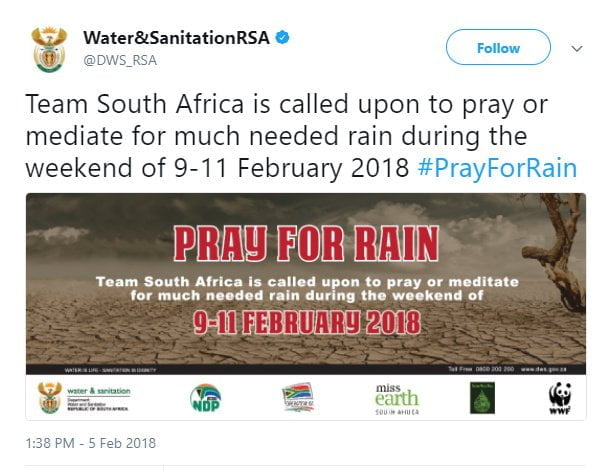 Obviously, this will work and Day Zero will become just a dot in the distance. One wonders why they didn’t just do this before and save us all this bother. To be fair, I’d just settle for a 3 day weekend. They’ll probably argue that including Friday allows for Islamic involvement in the process, but the more cynical amongst us have surely already noticed that there is some rain in Cape Town’s forecast for Friday: 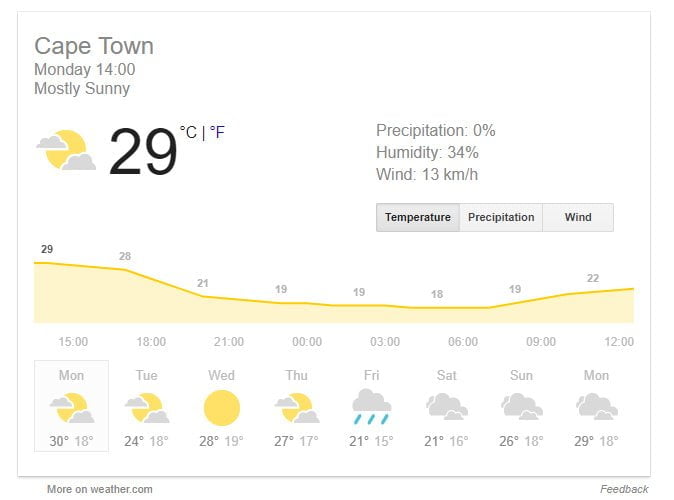 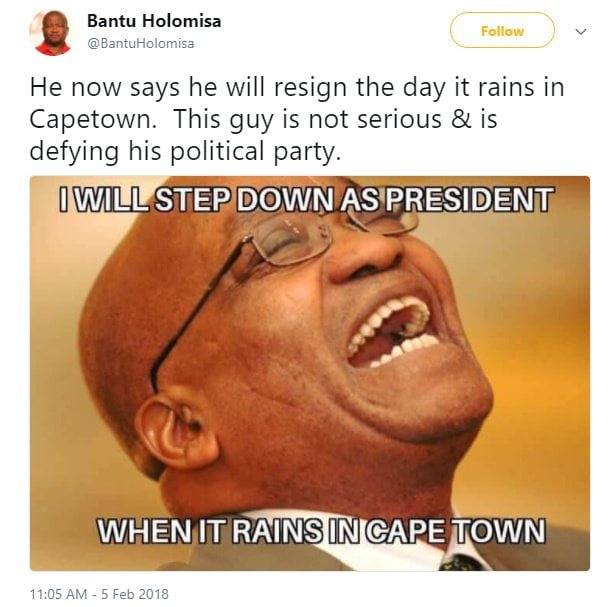 Looks like next week is party week. So lit fam.