The first vaccines for The Virus arrived in South Africa yesterday, and wow, was the pomp and ceremony was dragged out onto the cold, wet apron at the airport in Johannesbeagle?

Dignitaries, politicians, umbrella holders and a really sycophantic media were all present to witness a whole 1 million doses of Covishield™ arriving on an Emirates 777.

That’s just enough to fully vaccinate 0.8% of the population, by my rudimentary calculations. 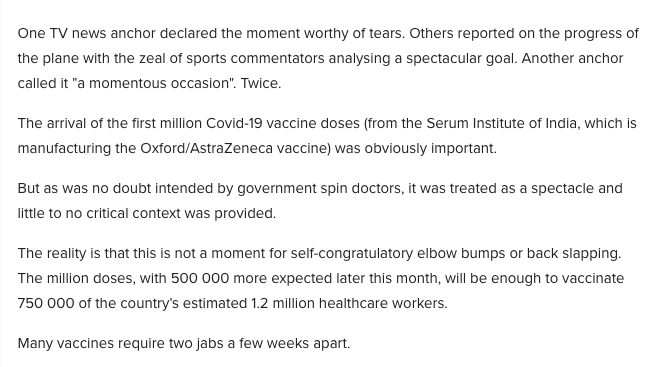 I don’t watch news programmes specifically for this reason. But last night, I flicked on eNCA because felt I had to watch Ramaphosa’s address on reducing the lockdown. This was long, long, overdue, but clearly held back so that he could wave his little “we’ve got some vaccine” flag.

And wow. The blatant fawning during the pisspoor pre-speech small talk was absolutely sickening.

I looked up several times from the ironing (it’s all about the glamour here, ok?) and was eventually told off by Mrs 6000 for using the phrase

What the actual fuck?

four times – ever more incredulously – in about a 90 second period.

I’m well aware that the art of politics is all about spin, but this was so robustly applied that we were all almost flung outwards at mass times angular velocity squared times radius*.

They’re clearly not even bothering to hide it anymore. Gone are the clever intricacies of subliminal messaging. This was in your face GovernmentLove©. I’m not one for hyperbole, but I was actually quite shocked. I would not have been surprised if they’d cut across the studio to some sort of shrine to the ANC**.
It was actually like I was watching a party political broadcast***.

Stay away from news channels, guys. Or at least watch them with the knowledge that they’re all pushing some sort of agenda. This one wasn’t pretty. But at least it was pretty obvious.

Right. While I’m sounding like some sort of Trump fan with a Masters in Media Conspiracy from the Dunning-Kruger Online College, might I just ask why we’re bothering with this whole injection thing anyway?

It’s a tiresome, clumsy, process and people can avoid getting the jab if they so choose.

Ugh. No. That’s not what our reptilian overlords want.

Why not just use chemtrails?

After all, Darth Putin has got one of his planes in Cape Town right now, ready to go: 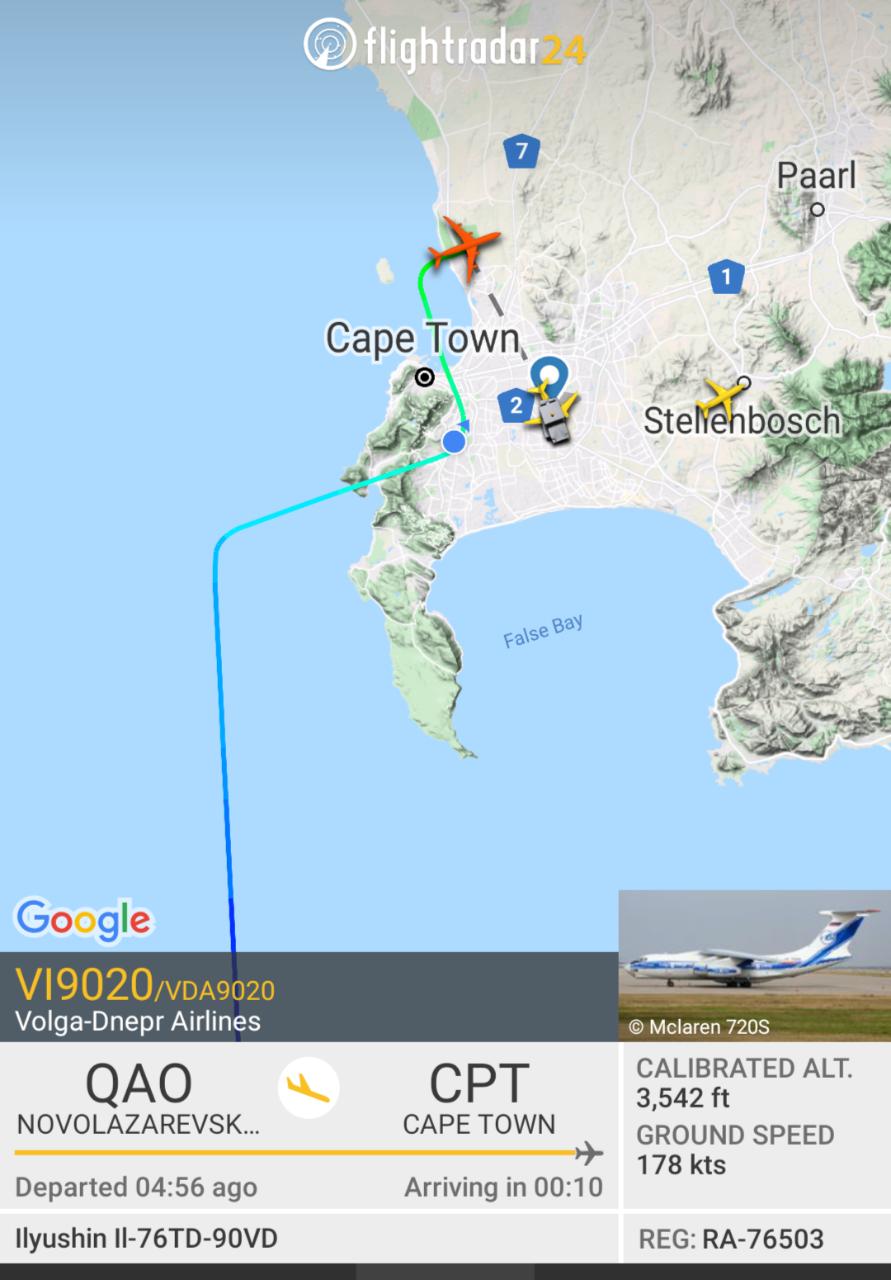 The Russian-built, Russian-registered, catchily named Illyushin II-76 TD-90VD arrived last night from the so-called Novolazarevskaya Airbase (which also sounds Russian), and features a huge cargo hold, capable of being adapted to hold fluids to bomb fires (definitely) or spread weather-modification and mind-altering chemtrails (possibly).
Surely it shouldn’t be such a big thing to fill it with vaccine and get us all done in one go?

I’m glad you are all in the know as well.

* engineers and physicists will know
** ok, that was a bit of hyperbole
*** back to no hyperbole