A quick trip just up the road to Kirstenbosch this morning yielded some decent (by my standards) photos.

Mainly of flying things, it seems. 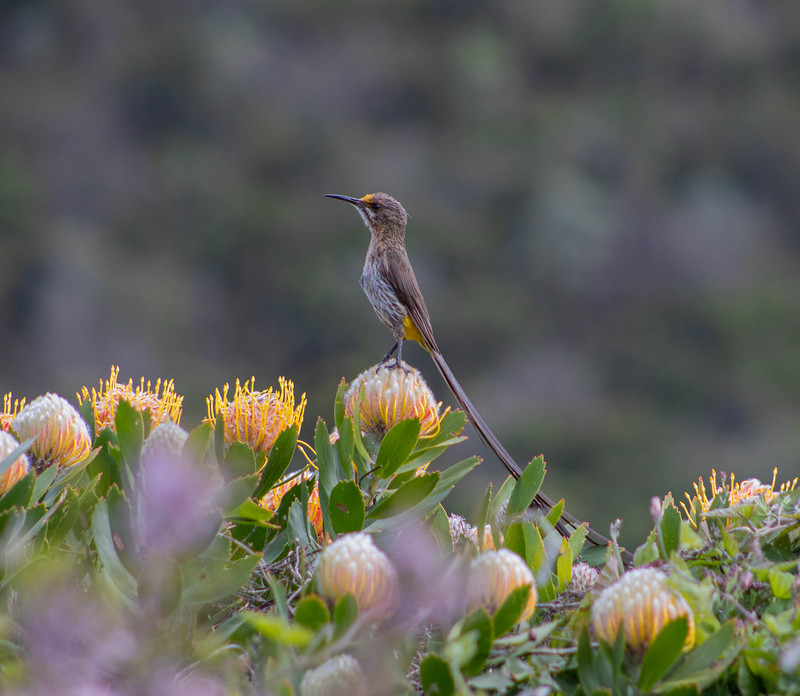 A pair of Cape Sugarbirds entertained us for a while, flitting between proteas and aloes and there were plenty of Southern and Greater Double-collared Sunbirds around. 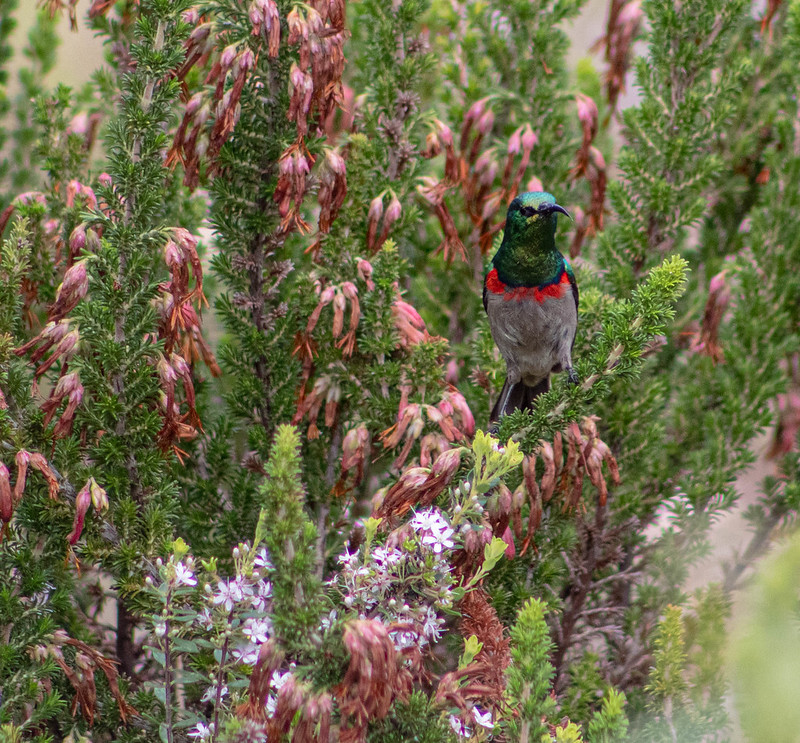 And then this little guy, lime green and hidden amongst the lime greenery: 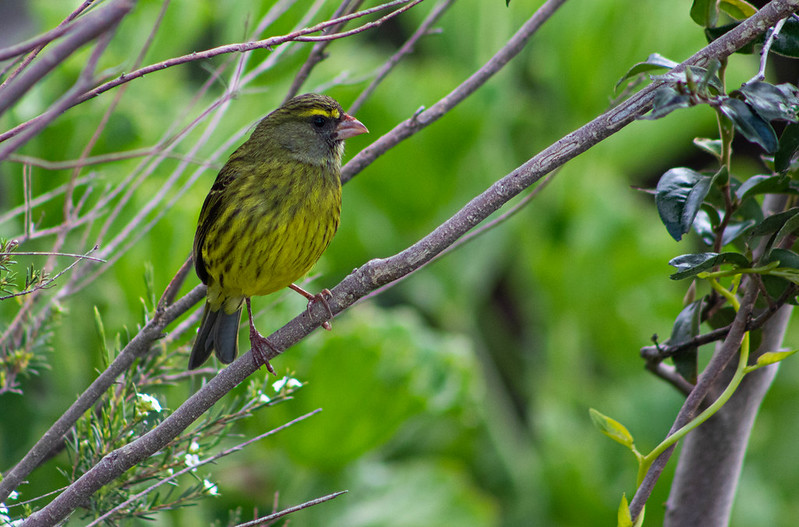 And then, as a bit of fun, an exhibit from the Cycads and Dinosaurs exhibition. I’m not a huge fan – I don’t think the gardens need this sort of… “gimmick”(?) – but the little kids love it and I suppose it’s just a one-off thing and it’s educational so [shrug emoji].

The flying dinosaur is very unrealistic, mainly because about half the metal used in the sculpture are quite clearly big fat scaffolding poles propping it up into a gliding position.
But take those out with photoshop and apply a bit of a dated filter, and… 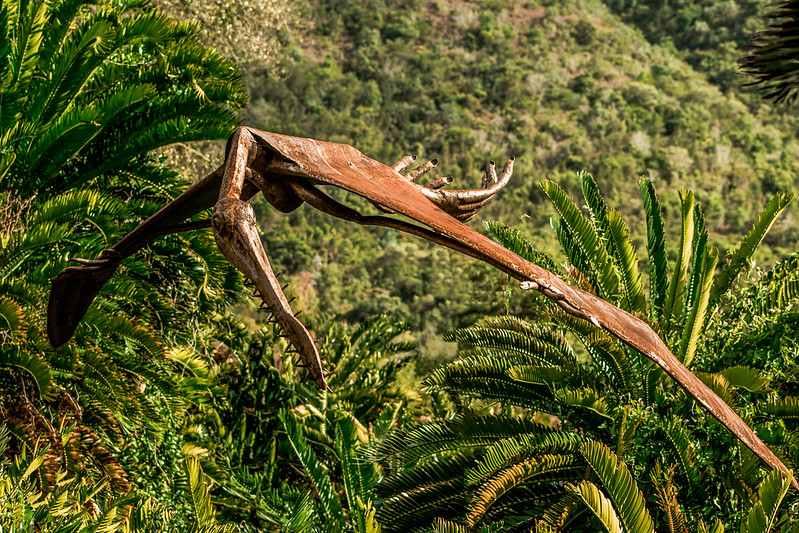 … just a bit of fun, but I might try and get a better, more threatening angle next time – difficult because you obviously have to stick to the pathways. (Have a look at one slightly different effort here as well.)

A nice morning out before it got too busy and too non-social distancey. Yes, even in the wide-open spaces of the Botanical Gardens. Back home for a blog post, an afternoon nap and a Sunday evening braai, I think.

And we’re already a third of the way through that already.