As did virtually everyone else. That’s what happens when Dan Plato gets a touch of Premature Eradication and implodes the cooling towers 4 minutes early.

Fortunately, there are a great many videos and pictures of the event around, like these from Times Live and Life Quest, for example.

Everyone at my “secret” location (Public Parking at Groote Schuur Hospital – population about 40) was taken by surprise and hugely disappointed. Alex was also very sad and so later in the afternoon, I took him to Ground Zero and we looked at where the towers once were. This in itself proved to be a tourist mecca and we had to fight through the traffic and the crowds to get a look. 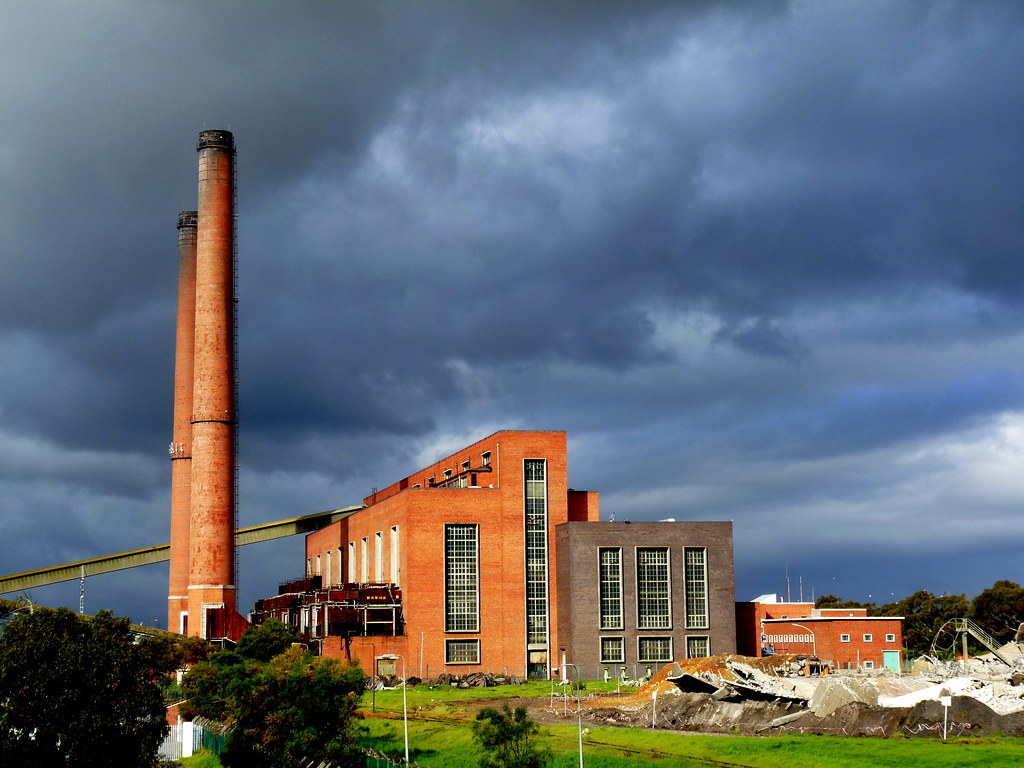 And it struck me that Cape Town now has some iconic chimneys which are quite spectacular in their own right having been rather well hidden before.

More photos from a bit of a disappointing day are on flickr.