Firstly, Sports Minister Fikile “Fickle” Mbalula (see blog passim) reacted to the FIFAgate scandal and the allegation that the SA Government had paid a $10m bribe to bring the 2010 World Cup to South Africa, with this gem: 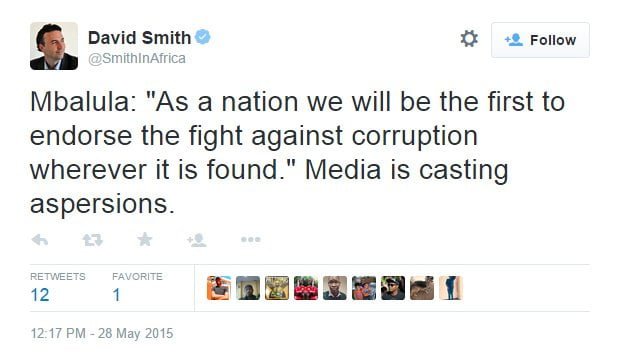 Yep. No corruption in this nation. Absolutely not. None.
Here are some other ridiculous things he said, helpfully illustrated by high class rag The Times.

Glad we’ve got that sorted.

Then, Police Minister Nkosinathi Nhleko told us that the R250m upgrades to the President’s residence in KZN were necessary for security purposes and therefore, JZ doesn’t have to pay for them. 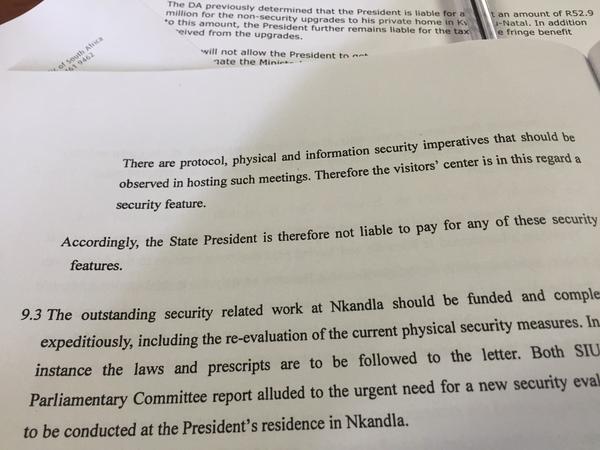 You might think that this is fair enough, but let’s just see how much they had to stretch to get some of the less obvious “security” upgrades into the “security upgrade” bracket: 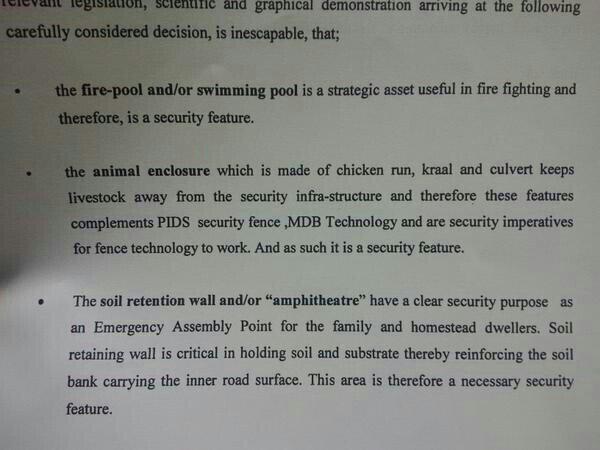 And good job too, because those chickens could obviously pose a definite danger to Number 1. And in the event of an emergency, where else are you going to be able to assemble if not in an amphitheatre?

It does rather make you think that they’re taking the piss now. I mean, the signs that they’ve been taking the piss have been there for a while, but we definitely do seem to have crossed yet another line of pisstakery with today’s events.

Quoth Tom Eaton (in a post/column written (I think) ahead of the FIFA or Nkandla developments mentioned above):

They know we’re watching, but they don’t care. We’re just scenery to them now, a fleeting impression to be remembered one day when they’re lying on their private beach, laughing about the old days when they were making their pile.

Now, if you’ll excuse me, I have to get off home to build an animal enclosure next to the firepool to stop the beagle crapping in my amphitheatre.