It’s been a peaceful weekend.
This morning, we headed out to the conveniently local Arderne Gardens in the beautiful autumn sunshine to throw some bread at the ducks; this afternoon, we mainly played with a broken Hoover Aquavac 2200. As you do.

I didn’t bother taking any pictures of the vacuum cleaner (and who can blame me?), but I did get a few of the ducks. My particular favourite is this one: 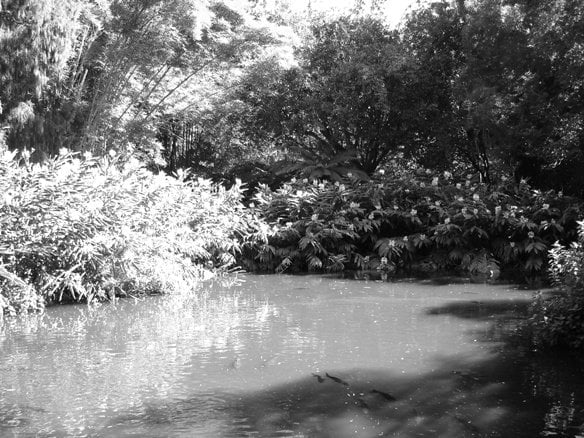 …which, on closer examination, doesn’t actually feature any ducks at all.

Anyway, even if you don’t like that, then you still might want to try clicking here to see the rest of the set, which is generally less “arty” and more “colourful” and does feature several varieties of “duck”. I promise.

And lo, it came to pass that I realised quite how out of date and unrealistic nursery rhymes are.
What am I teaching my children? It’s bad enough that one of them thinks there’s a Gruffalo hiding in the back garden without them assuming that horticultural success can be achieved simply by the addition of expensive campanological implements, Cerastoderma edule and a line of random tarts fresh from Sea Point Main Road.

So, I was lying in bed this morning thinking of how one could best update and refresh nursery rhymes to actually be relevant to South Africa today. And I reckon there’s some mileage in this one, since observational humour is da bomb over here right now. And remember, we’re laughing with ourselves, not at ourselves. Sort of.

Let’s look at Little Bo Peep as our first example. And if you are more than 12 years old or you don’t have kids, allow me to remind you of the folly of the original prose:

Little Bo Peep has lost her sheep,
And doesn’t know where to find them.
Leave them alone and they’ll come home,
Wagging their tails behind them.

One can learn so much from those four simple lines.

Employment Equity – as described in the Employment Equity Act, 55 of 1998 – details how affirmative action should be applied wherever possible to ensure that previously disadvantaged groups are given preference when applying for employment. Wonderful. But look, women (a previously disadvantaged group) are simply not suited to some positions of responsibility*.
Take Little Bo Peep. She is obviously just not cut out to be a shepherd.  Her one task: look after the sheep. Failed.
I’m not generalising here**, but the chances are that she was on Mxit or chatting with her friend about how fat Little Miss Muffet has got lately or something and turned around to find her flock had been stolen.
Her lack of height probably doesn’t help either: a taller ovine guardian would be able to see over the unkempt grass.

And now she doesn’t know where to find them. Well, surprise, surprise.
Actually, not. Given that a woman’s sense of direction is about as good as that of a fridge, I’m not shocked at all. However, one thing in her favour is that she may at least ask passers-by if they have seen her sheep. A male shepherd would merely set about finding them himself, probably with equally limited success. Though decorating the local streetlamps with a myriad of poorly photocopied A4 “Missing Sheep” posters, as people seem to do when looking for “Lucky” their Jack Russell (later often found to be a misnomer of note), would probably not assist.

The bad news is, since sheep are also pretty rubbish with directions, it’s highly unlikely that they will merely just arrive back in their field by chance. This is assuming that they have “just wandered off” and not been stolen. In these tough economic times, lamb, mutton and wool are sought-after commodities and desperate thieves will steal anything that’s not nailed down. Sadly (for the sheep), I think the most likely place for them to be found is in pieces on a braai or in a big steaming pot over a fire. And those sort of temperatures are going to render the Altech-Netstar tracking device that Little Bo Peep’s boss installed, useless.
Sure, they may have found Annanias Mathe, but he wasn’t being slowly grilled over hot coals. Although, maybe he is being now.

So, in summary, we have a wholly inept shepherdess, employed not because of her skills, but because of her demographic. Not only does she manage to lose the sheep, she has no idea where to even begin to look for them. And let’s face it, it’s completely unrealistic to expect their safe return.
Yet I’m supposed to relay this information to my offspring as being gospel, despite the fact it’s undeniably irrelevant and incorrect. Complete fantasy. No chance.

Next week, I’ll address the utterly stupid tale of Jack and Jill, exploring the issues of siting a wellpoint at the top of a hill, basic time management in sending two people to do the job of one in the modern corporate world and the medico-legal implications of using ethanoic acid and parcel wrapping to staunch bleeding from a severe head wound.

VOTE for this blog in the 2009 SA Blog Awards by clicking the golden dog tag below this post!

Wonderful news. It’s been well over a year since Mrs 6k and I announced that we were expecting little K-pu and indeed, it’s been over 8 months since little K-pu arrived in a blaze of gory. Dealing with two small kids is hard work, as any parent will tell you, so imagine how I felt when it was announced that we have another one on the way.

The timing actually couldn’t have been worse. A disturbed night with the little one, concluding at 5:45am at which point she (and I) decided to give up completely on the idea of any further slumbers; a Monday morning with the slightest hint of a Grolsch-induced hangover; a hectic week at work and (as yet unknown to anyone except himself) a flat tyre on Roeland the Clio. Oh Happy Day.

So picture my “amusement” when, at 7am, it was announced to me. No beating about the bush, no gentle introduction, no “wouldn’t you like to sit down and have a coffee, dear?” – straight in there.

I’m going to call it Toothpaste and it’s going to buy me a new train set.

“Cool. Want to come and watch Winnie the Pooh now?”

For those of you who haven’t caught on yet, it’s our almost-three-year-old son that is “expecting”. And not just a baby called Toothpaste, but a new train set as well, it seems.

This is no bad omen. Choosing a name as daft as “Toothpaste” indicates that little Alex will surely one day be some sort of film star or musical artiste, earning megabucks and therefore be able to look after us long into our retirement. Which, assuming he makes his first movie/number one aged eight, will begin in around five years time. “Scare” is exactly the right word. The Times newspaper is hugely critical of the Gauteng Health Department and the National Government today:

DESPITE fears that four children have died from meningitis in the past three weeks, the government says there is no need to panic.
And it does not think these deaths and seven others last year warrant a national vaccination campaign.

But shall I tell you something – the Government is absolutely right.

These cases are isolated, individual, not linked, unconnected. I know, I know – major health scares (especially in kids) sell newspapers – but there’s no meningitis outbreak in Johannesburg and so there’s really no story here.

The first death was a 15 year old from Mondeor High School. She died on 17th February from Klebsiella meningitis.
The second was an 8 year old from Soweto, who died on 23rd February after contracting viral meningitis.

At this point, I need to point out the difference in these two cases.
There is NO WAY that these deaths can be linked.
Suggesting that they may be the start of an meningitis outbreak is like suggesting a death in a car crash is linked to a case of poisoning a week later. The illnesses were caused by different agents, one a bacterium, one a virus. Both small, but different. Not the same. Not linked. At all.

Moving on, there have been two further deaths which have been “attributed” to meningitis in the last week. However, since the first case was buried quickly in accordance with her religious beliefs, there were no tests done. The other case was over this past weekend. But there are doubts as to whether that was even due to meningitis:

A second girl, aged nine, died over the weekend, sparking concerns that she had also died of meningitis.
But [Gauteng Health Official JP] Louw said initial tests had indicated the nine-year-old did not die of meningitis.
He added, however, that the health department would continue to investigate her death.

No wonder Mr Louw went on to say:

The department is… concerned about recent reports of meningitis suggesting that four young people, with two from Eldorado Park, passed away due to meningitis.

This in turn could lead to unwarranted panic in schools and communities.

Yes, once again, The Times is needlessly creating panic and sensationalising a story to get more readers. This is being exacerbated by their inaccurate reporting and poor understanding of the the situation. The difference is that this time, there are hundreds of kids being affected by their scare-mongering, rather than “just” the reputation of a politician.

I’m a microbiologist – I have studied and worked with these things for many years and I understand them. I recognise that the journalists writing the stories are not microbiologists – they are journalists. But why can’t they get some expert opinion in on this – it wouldn’t even have to be expert expert opinion: this is basic stuff – which would nip this unnecessary panic in the bud?
What they are doing is unhelpful, unethical and unprofessional. But like I said, they are journalists. And it is The Times.

So why am I so surprised?

EDIT: I see that COPE have got in the act and are using the deaths of these children as an election tool. Classy work, guys. But you might want to check your facts before you go diving in as well.

EDIT 2: Times editor “fears meningitis in Johannesburg” – oh, the irony.
Stop reading your paper then, love. That should help.