The lack of sleep chez 6000 continues. Together with the heat of the day, this child-induced insomnia each night is pushing us to our limits. Even 2¾ year old Alex has called in the Unions who have threatened a “dirty protest” should the regular nocturnal crying from his little sister’s room persist. It’s a horrifying thought.

While down at the Waterfront, and having exhausted (npi) all other legal possibilities of inducing a good night’s sleep, I found this: 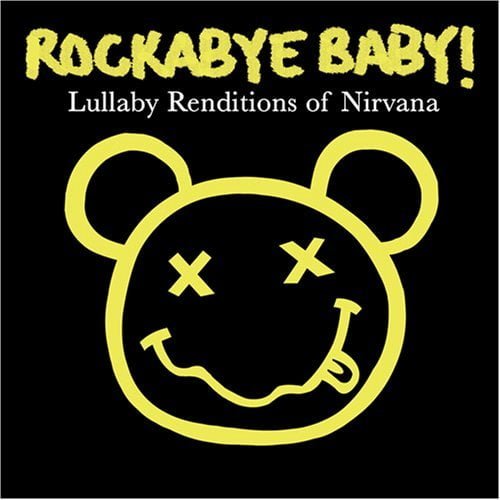 They do other bands, too.

Rockabye Baby! transforms timeless rock songs into beautiful instrumental lullabies. The soothing sounds of the glockenspiel, vibraphone, mellotron and other instruments will lull your baby into a sweet slumber.

So hopefully, from now on, with the lights out, it’s less dangerous. Between them, the UK Government, the Department of Home Affairs in South Africa and the British Consulate in Pretoria have conspired against me.
I’m not sure in what proportions the blame should be meted out, but I’m going to have a go. In more ways than one.

First off, the UK Government. For once, I think they are pretty blameless in this one. All they have done is to extend the list of countries whose citizens need a visa to enter the UK. Unfortunately, South Africa is now on that list (along with 75% of the world’s countries). This is to help prevent terrorists and smugglers from entering the country, probably as part of their “Jobs for Brits” policy: after all, why import terrorists when you have a roaring trade going producing your own?

Secondly, the Department of Home Affairs. This Department has a terrible reputation, which is almost entirely justified. Of all the Government Departments, Home Affairs is the one which elicits the most laughter, anger and sheer disbelief as to how bad an organisation can be. And they must take their share of the blame in this sorry tale. Their security and systems areso bad that anyone can get a South African passport – hence the UK’s concern over who is getting a South African passport.
Of course – if you go the legal route to getting a South African passport, you end up buried under an avalanche of red tape from which it will take you a good few months to escape.
The UK, of course doesn’t have this issue: passports there are completely safe and secure. Right.

A brief pause while I bang my head against a brick wall. Ah – such sweet relief.

The worst bit is that despite the fact that the British Consulate have prevented us from obtaining passports for the kids by being useless, they are rewarded by us paying them some more money for the privilege of taking my (half-British) kids to Britain. And this despite the fact that they will have a combined age of just less than 4 when we go over. And very limited bomb-making expertise. Probably.
It’s insult to injury, it’s salt in the wound, it’s a kick in the balls. None of which are particularly pleasant.
One could draw some interesting parallels to the bunch of merchant bankers in the UK getting bonuses for being rubbish at the jobs.

A new study, ironically published in The Lancet, raises serious doubts that the goal of elimination of measles in Europe by 2010 can be attained. The reason for this re-emergence of a disease which was completely under control 15 years ago is the “shoddy, litigation- and profit-driven pseudoscience” of Andrew Wakefield, whose now discredited study published in The Lancet in 1998, linked the MMR vaccine with autism in children.

It later emerged that Wakefield was paid up to £55,000 by solicitors acting on behalf of the families of some autistic children to prove a link between the vaccine and the condition. This was something that he somehow forgot to mention to his fellow authors, medical authorities or The Lancet.

Simon Murch, one of the leading doctors involved with Wakefield’s research at the Royal Free, said that news of the £55,000 legal funding was “a very unpleasant surprise”.
“We never knew anything about the £55,000 — he had his own separate research fund,” said Murch. “All of us were surprised… We are pretty angry.”

10 years on and Wakefield’s scaremongering has resulted in a 13-year high in the number of measles cases in the UK: an “embarrassing problem” according to the WHO report’s authors. Vaccination levels have improved somewhat over the past 2 years, with concerted “catch-up” campigns for those who missed vaccination, but even cases of measles in South America, which was all but free of the disease, have been traced back to Europe.

Between 2007-8 in Europe, there were over 12,000 cases of measles, which should have been erradicated from the continent by next year. Over 1,000 of them were in the UK:

1,049 is the highest number of measles cases recorded in England and Wales since the current method of monitoring the disease was introduced in 1995.
This rise is due to relatively low MMR vaccine uptake over the past decade and there are now a large number of children who are not fully vaccinated with MMR. This means that measles is spreading easily among unvaccinated children.

As a microbiologist and a parent, I strongly urge all parents to do the decent thing and vaccinate their children. These are not called “preventable diseases” for nothing. Apart from the benefits for you and your kids, there should be a collective sense of social responsibility to help reduce the reservoir of these illnesses in society.
The results of a decade of misinformation, poor science and hysterical reporting are becoming evident now: disease, disability and even death for hundreds of children, all of which could and should have been avoided.

Don’t let it happen to your kids.

It’s obvious that the holiday season is coming to an end, as the malls are filled with dishevelled whities wearing poorly-ironed clothes, desperate for the return of Mabel, their domestic, who spent the festive period back with her family in the Eastern Cape. They’re even willing to overlook the embarrassment of that phone call they made two weeks into her leave, to ask her where the iron is kept. And the one half an hour after that to ask how it works. Two scorched t-shirts and a burnt sock later, they gave up.
They ran out of clean plates just after Christmas and Mr Delivery is getting expensive. The carpets are ankle deep in beach sand and dirt.
Never in the field of human cleaning was so much owed by so many to so few.

Not so here, of course. I was trained in the art of domestic warfare back in the UK and I’ve been putting my skills to the fore. Having a happy milk-recycling unit which happily recycles milk all over the furniture, carpets and whatever she and you are wearing has driven this domiciliary activity. While others were still trawling the depths of their wardrobes until the 27th, I developed an acute shortage of trouser garments after just two days of family “quality time”, thanks to my little lactose-regurgitation factory, which is instantly forgiven as soon as it smiles through the milky residue. Damn you, Mother Nature.

As Christmasses go, it was pretty laid back. Too hot to be hectic. And the kids always make that festive period a bit special. Back in my childhood days, the time between the 25th and New Year was always a bit empty: the excitement of Christmas over, but everything held in limbo until the end of the year. This time around, in order to avoid that boredom, I contracted viral meningitis and lay hurting in bed for three days. As a microbiologist, I do actually find it interesting to experience the diseases and illnesses that I used to diagnose on a daily basis, but I can put this one alongside Salmonella gastroenteritis and malaria in the category labelled Never Again, Please.  Gonorrhea was over-rated too, if I’m honest. Anyway, I’m happy to say that my meninges are much improved and it’s had absolutely no effect on my brain function. Pink Panther. St Bernard. Picture frame.

And now, to complete the holiday period, we have been invaded by bees. I have removed around 50 of them from the house this morning alone, using a combination of insecticide spray, A4 paper, a tea towel and the cunning ploy of opening windows. I have no idea what sort of bees they are. In the UK, it’s easy enough: bumble (Bombus terrestis) or honey (Apis mellifera), and you can kill them by using your cell phone. Here, it’s more complicated and there’s always the danger of the Africanized Killer Bee (Apis mellifera scutellata), which can, like, kill you and stuff. Add to that the worrying oversight that the otherwise superb SE X1 doesn’t seem to have a bee killing function and the warning signs are there for all to see.
They’ve moved into our roof and they’re staying put. Until the bee-killer comes this evening with his bee-killing stuff and kills them, that is. Sorry, my little band of environmentally-inclined readers, but they are going to die a slow, horrible, painful death. Possibly, anyway. I have absolutely no idea what methods he is going to employ. Just that he’s going to employ them this evening. On the bees. In our roof.
You have less than 6 hours to save them and I’m not telling you where I live.