We’re here, and for the first time in three days, IT’S NOT RAINING! (yet) 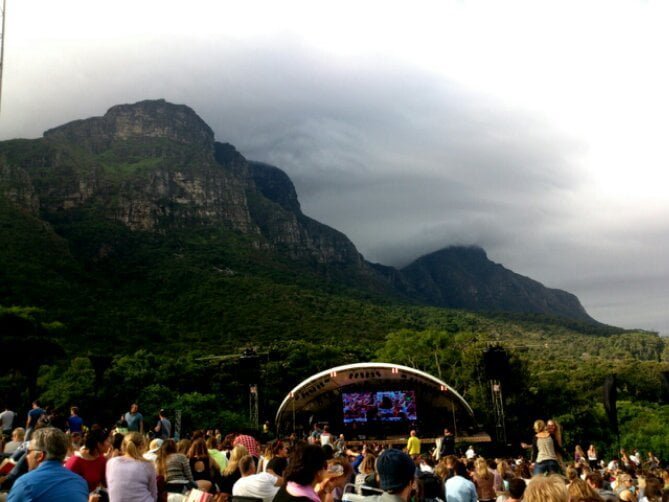 “Grey clouds roll over the hills,
Bringing darkness from above”

Bring on the music.

Hi – I’m playing with old posts from the ballacorkish.net site.  You may have read this previously. Feel free to read it again though. Especially as Sunday approaches.


I’ve been busy and disinclined to write much on here of late. Until now.
My writer’s block has been lifted, cured, relieved if you will, by Guy MacLeod of Plumstead.

A little background for you readers outside the borders of this rainbow nation and its political soap-opera:The ruling party in SA is the African National Congress (ANC). The leader of the ANC – and therefore the President of the country – is Thabo Mbeki. Thabo took over from Nelson (yes – that Nelson) in 1999, then won the 2004 election. This means that he is constitutionally obliged to step down as President at the 2009 election.
So we need a new President, who will presumably also be the leader of the ANC.
With me so far? Good.Enter Jacob Gedleyihlekisa Zuma – JZ to his friends. And to his enemies.
JZ is deputy president of the ANC and was deputy president of the country until Thabo sacked him in 2005 over pending corruption charges (which are still pending). 6 months later, he was also accused of rape and was acquitted in a high-profile case, which was infamously supposed to have included his admission that he took a shower after sex to protect himself from HIV.
He has huge support from the left wing of the ANC, the ANC Youth League, the SA Communist Party and the Trade Unions. He also has a now trademark song which we get a rendition of at every gathering – Mshini Wam or “Bring Me My Machine Gun”.
Nice. Finally – Thabo and JZ are going head to head in December for leadership of the ANC and therefore presumably, for the Presidency of the country in 2009. And it looks like JZ is going to win. And here’s where Guy MacLeod of Plumstead comes in. He wrote to the Cape Argus newspaper.
Judging by his name (always a dangerous thing to do), Guy is a whitey.
But while many whiteys are pretty terrified to the point of hysteria of the consequences of the seemingly inevitable JZ win:
“SA will be another Zimbabwe”
“He’ll rape us in a corrupt manner and then take a shower”
“We’re all going to die” etc etc.
Guy takes another view. A refreshing view. A view which has got me writing here again today. He compares the male, black, alive, allegedly corrupt, bald, machine gun toting, HIV-naive Zulu with… Princess Diana. In case you’re not familiar with this “Princess Diana” figure*, she is female, white, blonde and British. Oh – and dead.
Take it away, Guy:

I would like to compare him most favourably with that wonderful other world celebrity [?!? – 6000] and people’s person (also often maligned) – the late Princess Diana. Lady Di “blotted her copybook” in many ways and she flouted convention but she never lost the common touch.

Guy – I never saw it before, but I think you may have hit upon something big. There are questions to be answered: Perhaps JZ is the reincarnation of Diana? Are we to expect him to stroke lepers and defuse landmines next? Could he even shed some light on what happened in that tunnel in Paris? Was he pregnant by Dodi Fayed at the time? And if so, did either of them shower after the act? Where did Prince Harry’s ginger hair come from?

Guy MacLeod of Plumstead, much like JZ and Princess Diana, you are an inspiration to us all.

*Unlike most of the upper class males in Britain

I caught sight of something on Page 3 of my newspaper today that made me smile.
It’s ok. It wasn’t The Sun.
No, in the Cape Times, under the punchy headline:

Scientists expose pseudoscience in extravagent claims made by advertisers[link]

I learnt about this organisation, The Voice Of Young Scientists. Young Scientists, I used to be one of them, I smiled ruefully. Then I stopped being rueful and got on with reading the article.
Basically, the VOYS has been going around and challenging companies to explain what exactly in the sciencey bits of their adverts mean. It seems that many of them don’t have a clue.
This doesn’t come as a great surprise to me. The claims made in adverts have long been the bane of my life, as my long-suffering missus will testify. She now leaves the room at the first sign of a Nivea model on the TV, abandoning me to my rant over their range which, the commercial boldly proclaims, “contains coenzyme Q10 plus R”*. Now, Q10 I have no problem with. Lovely stuff. But “R”?
“R“?!?!? WTF is “R“?!?!?
It’s called “baffling with bullshit”. Assign something a letter, stick it in the advert and the consumer will lap it up – or rub it on their cheeks in this case. (The cream, not the bullshit.)

These methods, of course, are not new. Scientists, Engineers, Lawyers and, most of all, Medical Doctors have been using unnecessary terminology to maintain their lofty positions in society for years. I hate it. One of the most important things I have learnt during my career is that presentations, explanations, even informal chats about work and technical stuff should always be pitched according to ones audience. Sure, chat to the Prof about Extended Spectrum Beta-Lactamase producing Gram Negative Bacilli, call them ESBLs – he’ll understand. But when you’re explaining it to your mum, call them “superbugs” – and then she’ll understand too. Otherwise you’re wasting your time.
Society continues to beg for scraps at the head table, begging for more “dumbing down” so that it can join in with the big boys in their big words world Steve Grand wrote about this just a week after I left the UK. I guess he was missing me already.

VOYS have a downloadable booklet detailing some of their encounters with various companies and their outrageous claims, cleverly entitled “There Goes The Science Bit”. It’s actually a bit dry, but worth a read just to see what Pret-a-Manger, Ski Yoghurt and Clarins (amongst others) are saying their products can do. As VOYS puts it:

“Some people we spoke to disavowed responsibility.
Others were able to link their claims to science, albeit from a galaxy far, far away.”

*Nivea do have nice models though.

Another enforced break, but this time for all the right reasons. A trip to Pringle Bay, some 70km outside Cape Town, with Grandma and Granddad for some well deserved rest and relaxation (Nix and I) and some serious running around, penguin chasing, sandcastle building and general industriousness by Alex. You can see several of these acts taking place on flickr.

Talking of the boy wonder, he’s not. Talking, that is. We are still awaiting his first proper spoken word. In the highly competitive world of Cape Town parenting, this is not good. But that’s a world I don’t want to get into.

“Tarquin* said “Dada” before he was a year old.”
“A year? Huh! Jocelyn* was quoting Shakespeare at 10 months, you know?”
“Really? 10 months? So late. Our Prudence* asked the Gynae how he was as her head popped out and she’s already won the Booker prize twice and been nominated for 3 Academy Awards, including the coverted Best Director honour. This week, she’s popping over to Baghdad to have a chat with interested parties there and sort out their problems. And we’re hoping to have her potty trained before she’s three.”

The amount of vocabulary that Alex understands amazes me. Someone only has to mention a word in the middle of a sentence and he will act upon it. I mentioned putting another coat of paint on a wall and he took me immediately to the coat rack in the hall. At first, this seemed pretty foolish since it didn’t need painting, but Nix pointed out my use of the c word and all became clear.

Currently however, the best we can get out of him is “Adare!”. This has led to him being asked some obscure questions in front of visitors in order for us to try and show off:

“Alex, what do you call a challenge to do something dangerous, courageous or foolhardy?”
“Adare!”
“Very good! Clever boy!”

“Alex, what was the surname of “Red”, the renowned American oil field firefighter?”
“Adair!”

And so it continues…

I’m not too worried about Alex’s current lack of articulatory phonetics. I have this sneaking feeling that he’s been penning a great address in his cot after lights out, ready for his party on the 25th of this month. And as the ever-wise Dave Gahan famously pointed out, maybe we should Enjoy the Silence in the face of the impending wave of verbal diarrhoea which we will doubtless encounter for the next 5 years or so.
One thing is for sure dear reader, you will be (among) the first to know when we finally take the big step beyond “Adare!” – especially if you are within cheering distance of chez 6000.

* The names have been changed to protect the foolish.