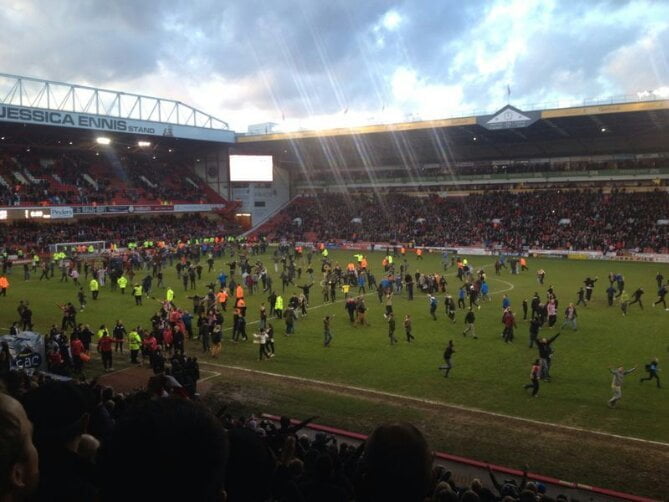 These the scenes at Beautiful Downtown Bramall Lane as Chris Porter put us ahead in the dying moments. He scored again a couple of moments later to make it 3-1.
Cue international delirium.

The match is on DSTV at midnight and I’m probably going to be good for nothing tomorrow.

UPDATE: And here’s some (*cough*… “amateur”) video of the penalty.

2 thoughts on “Can’t see the wood”