No, not a trip to our local waterway with the dog, a black bin liner and a couple of bricks.
El Canal Beagle  – The Beagle Channel – is a waterway right at the bottom of South America. It’s named after Charles Darwin’s vessel, which took this route between Argentina and Chile between 1826 and 1830.

Notable things about the Beagle Channel:
1. It’s got the infernal dog breed in its name.
2. It’s got a lighthouse: 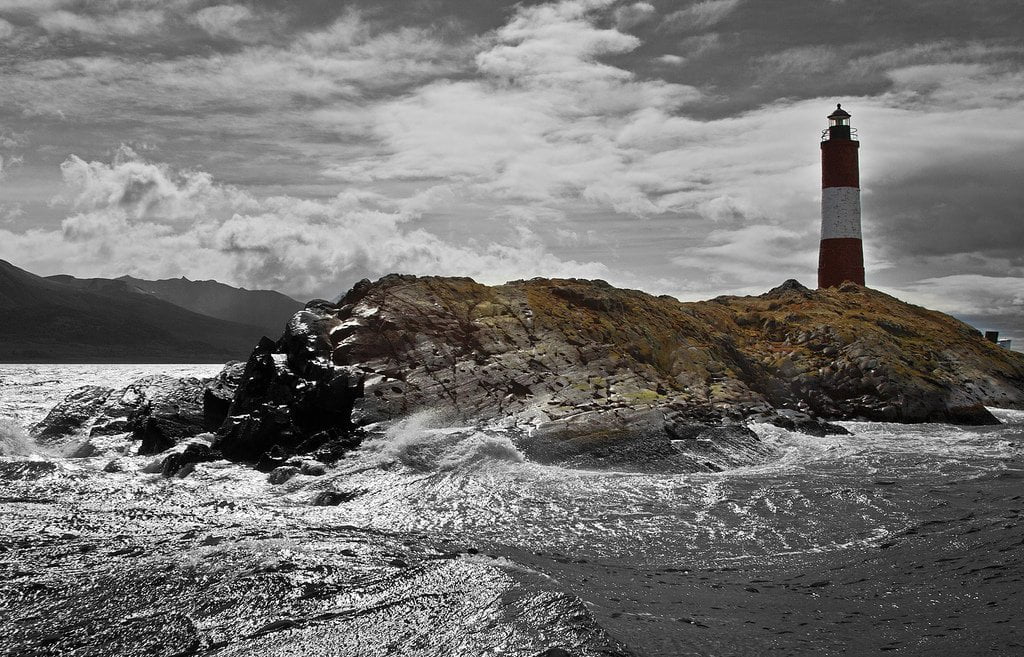 3. There was a Beagle Conflict. This in itself is weirdly amusing, but – and how cool is this? – one of the major incidents in this conflict over a disputed border line occurred in 1958 – and involved three lighthouses.

The ensuing military build-up was fortunately curtailed by a truce. The terms of this truce were that there should be no military personnel or lighthouses on the rock. So, exactly as it was before the three lighthouses and the mini invasion then.

Since a further treaty in 1984, there have been no disputes over this (now) Chilean territory. There is now a lighthouse (not the one pictured above – that’s the Phare Les Éclaireurs and definitely belongs to Argentina) on the Snipe islet.

Note: This post is about Beagle Lighthouses and has nothing to do with Lighthouse Beagles, who are responsible for promoting and developing the dreaded breed throughout Europe.