After a weekend wracked by Mrs 6000’s tonsillitis and the consequent increased demands on my fathering abilities, I find myself concerningly nursing a sore throat of my own this morning. Both the kids have also been coughing and thus we’re off on another family outing to the doctor this morning. Oh joy.

Sore throats are never good, but this one is especially bad because tomorrow evening, we have plans (and tickets) to go and see (and hear) Crowded House at the Grand West Arena. Of course, laryngitis (I haven’t had any tonsils since a well-planned surgical intervention in 1979) will have no bearing on my eyesight or ear…sight(?), but it will make me feel generally crap and prevent me from singing along with the band in question.

Hits such as Four Seasons In One Day (written by Neil Finn after a particularly heavy 24 hours playing Championship Manager on the Playstation) and the much misheard Don’t Dream You’re Sober – an alcoholic’s worst nightmare – will have to be performed solely by the guys on stage and that would be a bad thing for the audience generally. Believe it, because it’s true.

Anyway, it would be foolish of me to strain my currently delicate vocal cords any further chatting to you good people. In the meantime, I’ll leave you with arepeejee’s stunning Warp Speed Winter Gardens: 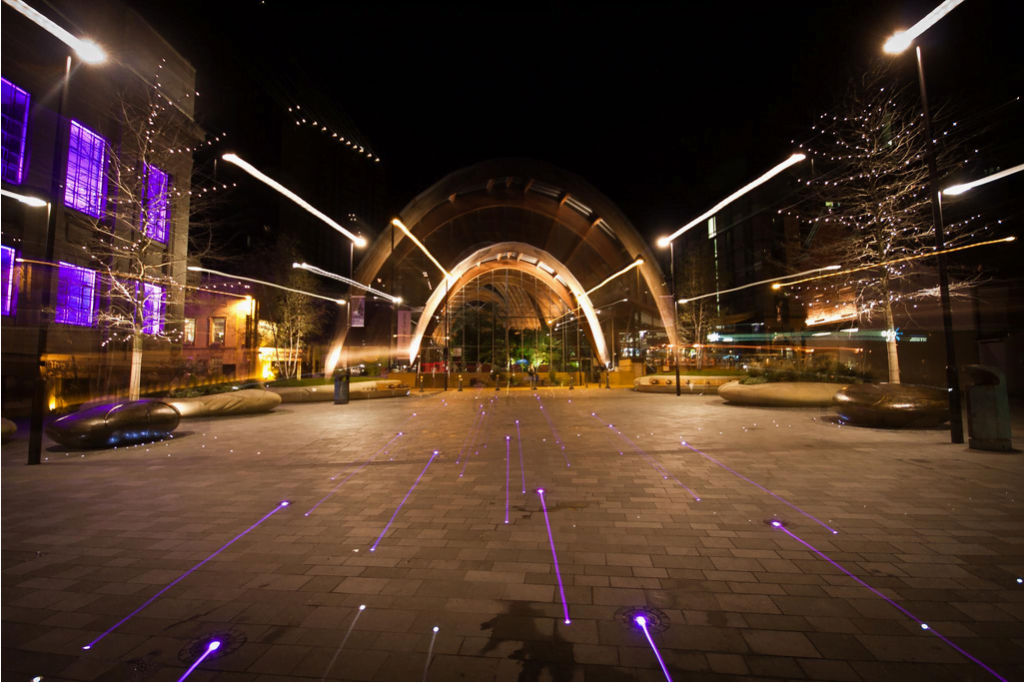 Straight out of Sheffield, via Betelgeuse.

5 thoughts on “Better by tomorrow”