Quick quota photo I took from a car park in Sheffield. Because: busy! 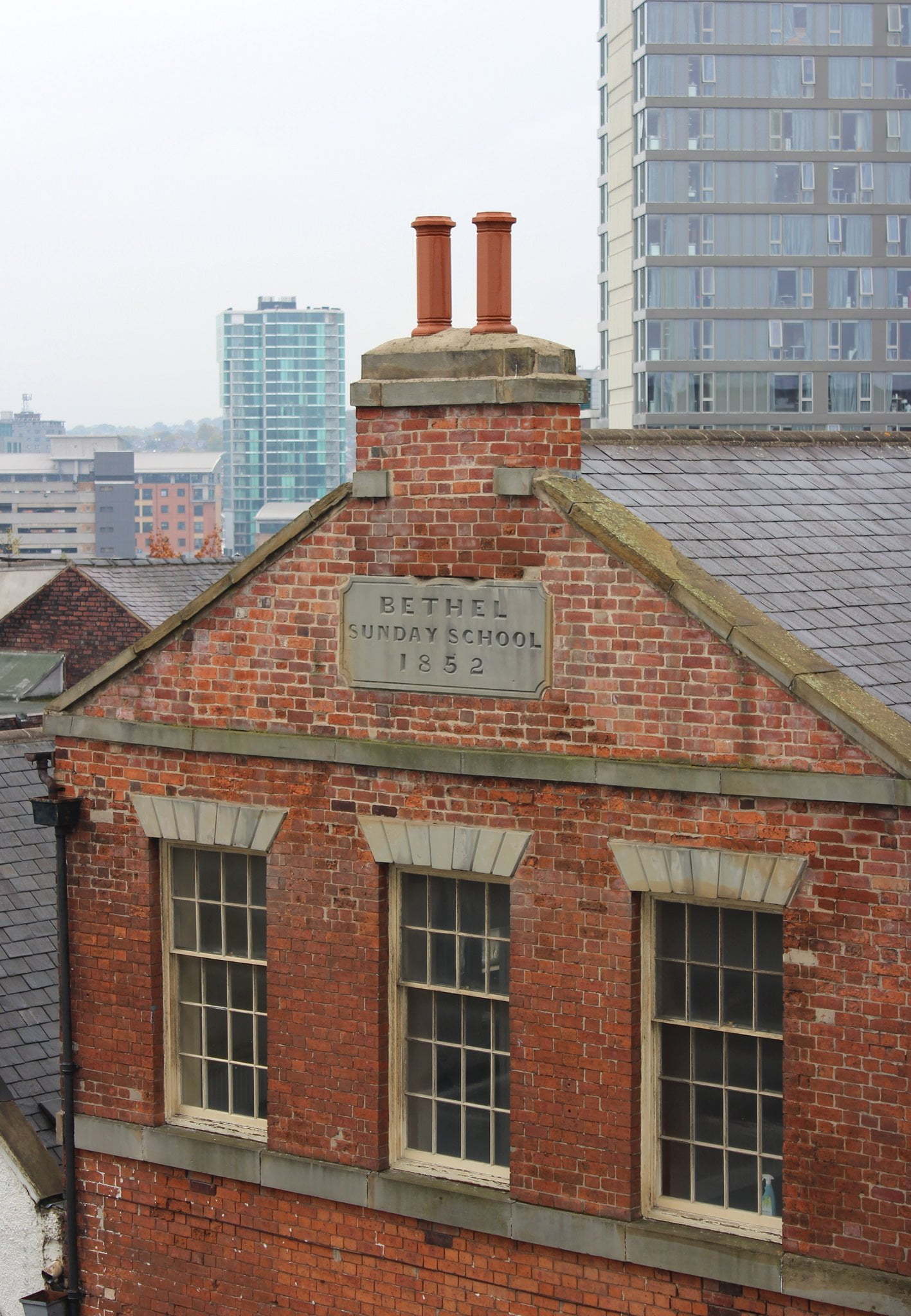 Well, what else are you going to do at eight minutes to seven on a Sunday evening? Prep for Carte Blanche?

As I published this, I made another mental note to look up a bit of the history of this place on Cambridge Street. I also made a mental note that my mental notes seem not to be working at reminding me to do things. But I suppose that’s easily forgotten.

UPDATE: “The Chapel used to be next door to the right [now a homewares shop, previously the John Lewis toy department]. An interesting piece of trivia is that when the chapel was built in 1820, it was ruled that trousers were forbidden to be worn in the pulpit!”
Breeches were universally worn and trousers considered vulgar, so the following trust deed was drawn up: “Under no circumstances whatever shall any preacher be allowed to occupy the pulpit who wears trousers.” [link]