I should have shared this earlier. Or even last night. Still, better late than never. 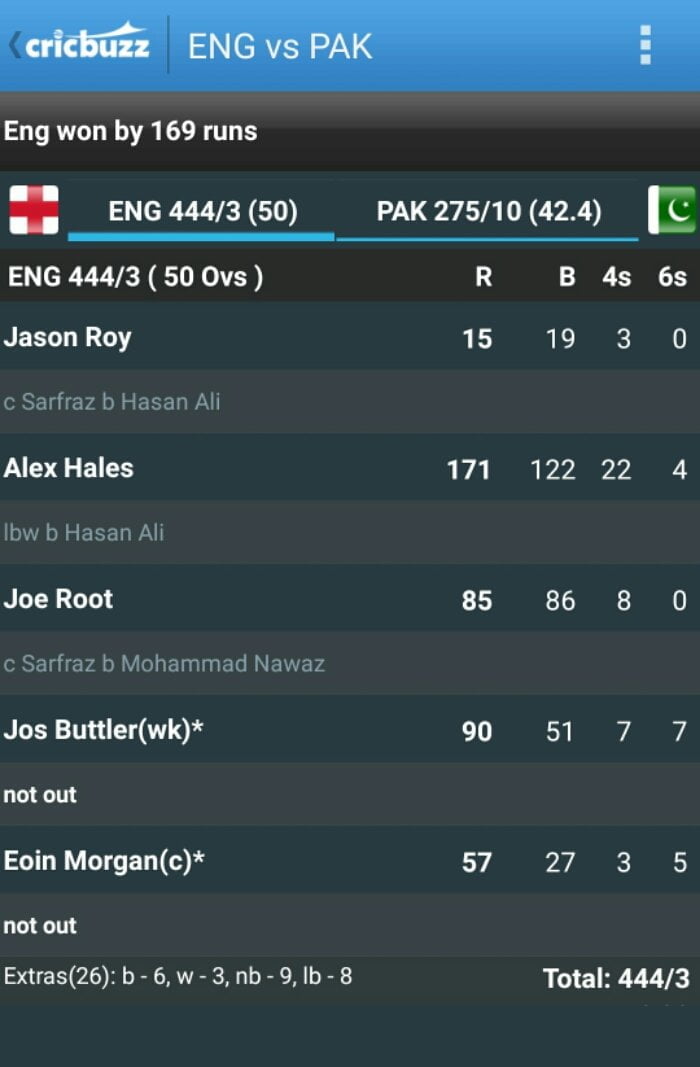 I remember when SA played the 438 game. Having watched Australia score 434, everyone thought the contest was over. Everyone except one guy in Forries, who I can distinctly recall saying “I dunno, hey? I think we might just do this.” That was during the innings break.

And of course, SA did just do it, scoring 438, and the world is still speaking about it to this day. Yesterday, England blitzed that record, and we should be speaking about that for years to come. Except that the game as a spectacle was ruined by Pakistan not coming close to challenging that monumental total.

Still, it’s recorded for posterity here now. So at least no-one will ever forget.