According to this comment, I should be thinking of Colin as clickbait. The rationale, as the commenter goes on to explain, is that revenue from the Google ads clicked upon by people coming here to see photos of Colin could be used to pay for replacement furniture. It’s a good plan, but there’s going to have to be a lot of clickage to sort out all the damage.

Earlier this week, the dog discovered the joy of digging up the lawn. Turns out that it’s actually very good at it too. Let’s make no bones about this (pun intended), I KILL MOLES WITH A SPADE for doing exactly the same thing. And then on Monday evening, I spent an hour repairing the wire from the alarm contact on the front door because it had been chewed through (the wire, not the front door) (yet). While there’s no actual proof that this was the dog, sources indicate that they are around 99.999% certain it was Colin-related. 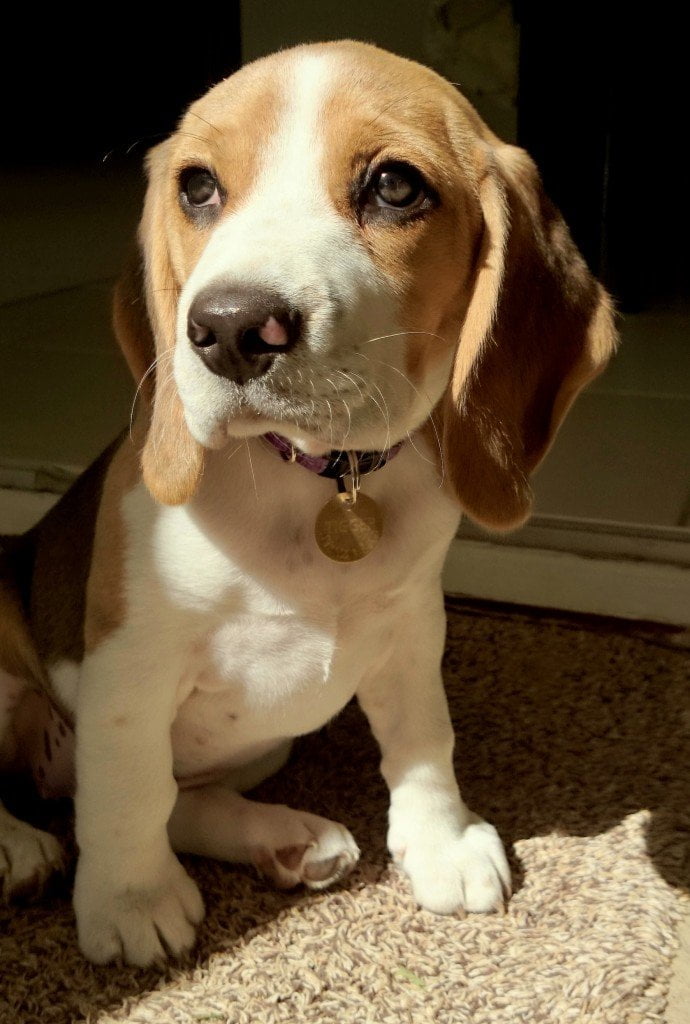 Look, I’ll admit it. It looks fairly harmless, doesn’t it? It’s clever though. Devious. It has already learned the power of public relations and it poses, looking mournful, underloved and completely innocent, as soon as it sees a camera or cellphone. It has naked selfies on the iCloud and will rightfully expect widespread pity when its account is hacked.

Once the camera is gone, the mischievous, destructive escapologist reappears. Things get dug, chewed, eaten, damaged. The dog isn’t where you left it and you’ve no idea how it got where it is. Your daughter has been partially devoured. Colin is about 1o weeks old. Apparently, “it gets better” by the time they’re about 10 months old.

Something is going to have to give.