Yay! Microbiology makes the headlines again. For all the right reasons. Sort of.

Numerous reports across the media this morning on this paper which appears to indicate that Vibrio spp. gastrointestinal infections are on the rise in the Baltic states due to climate change and the rising temperature of that sea.
Vibrio is the genus that causes cholera and other nasty bowel disturbances. It’s nothing new, even in temperate climes, but it’s generally more associated with warmer areas, especially – as I recall from my days in the Oxford lab – the entirety of South East Asia. Holidaymakers generally brought more than just memories and a ceramic elephant back from Thailand. 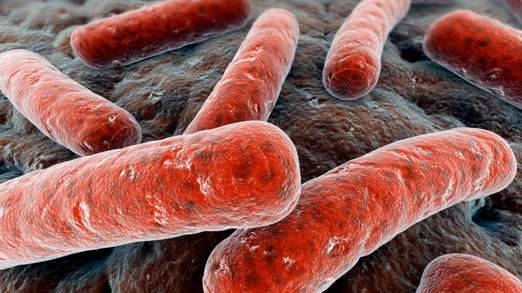 Some Vibrio yesterday (they’re not actually this big though)

It seems that for every degree that the Baltic sea temperature increases, the number of Vibrio cases rises by almost 200%. Not much of an issue there to be honest, because we’re starting from a very low baseline, but since the Baltic “represents, to our knowledge, the fastest warming marine ecosystem examined so far anywhere on Earth” and appears to be getting about 6-7 degrees warmer each century, it may serve as a decent model for other infections and geographical locations.

Changing patterns of infection due to the local environment is nothing new. Malaria was once present across Europe and North America, yet we only see imported cases these days. (That said, I once contracted malaria in London, but that was in a lab at Imperial College.) (Don’t try this at home.)

Anyway, even if you are travelling to Poland, Lithuania, Estonia or Latvia, don’t panic too much. The likelihood of you getting cholera is very, very small. Although, if the photo above is anything to go by, you may want to avoid the local sausages just to make sure.