Talking of ships, SilentUK have infiltrated the ex-French Navy: 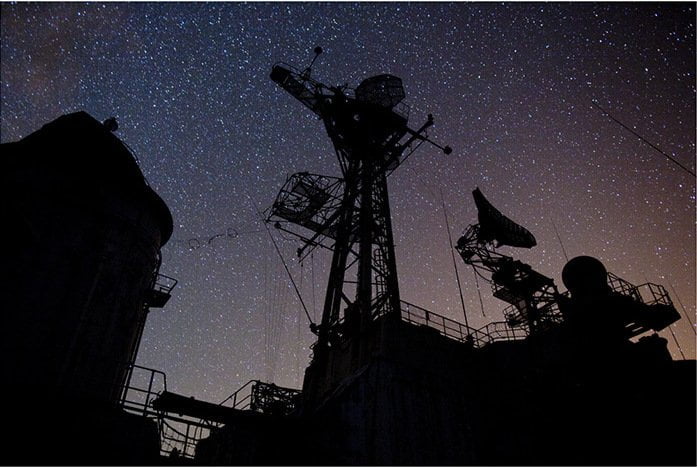 They’ve got some really great photos of the “Atlantic Ghost Fleet”: a collection of decommissioned vessels permanently moored in a bay near the Brest naval yard in France.

The fleet was moored in three clusters, two containing smaller ships, with the main, larger ships surrounding the cruiser Colbert. Given it was clearly the largest and most equipped, the Colbert was our obvious target. Laid down in 1953 and launched three years later, the Colbert (C611), was a De Grasse class, anti-aircraft cruiser. The second of its kind, she was designed with power in mind, fitted with sixteen 127 mm AA and twenty 57 mm mod 51 guns.

As we quietly rowed off into the darkness, our vessel roughly aimed at the silhouetted hulks, a strong emotion came over me. Fear. I was terrified, unjustifiably so. In recent years, myself and others I know have pushed what we feel is possible to accomplish and sometimes, not all, this would place us in situations that could be classed as fear enduing. Being somewhere high, enclosed or unpredictable, locations that have genuine risks to be mindful of.