Not from outer space, as Glorious Gloria once proclaimed, although certain bits of Namibia do resemble Mars or the Moon or something similar: 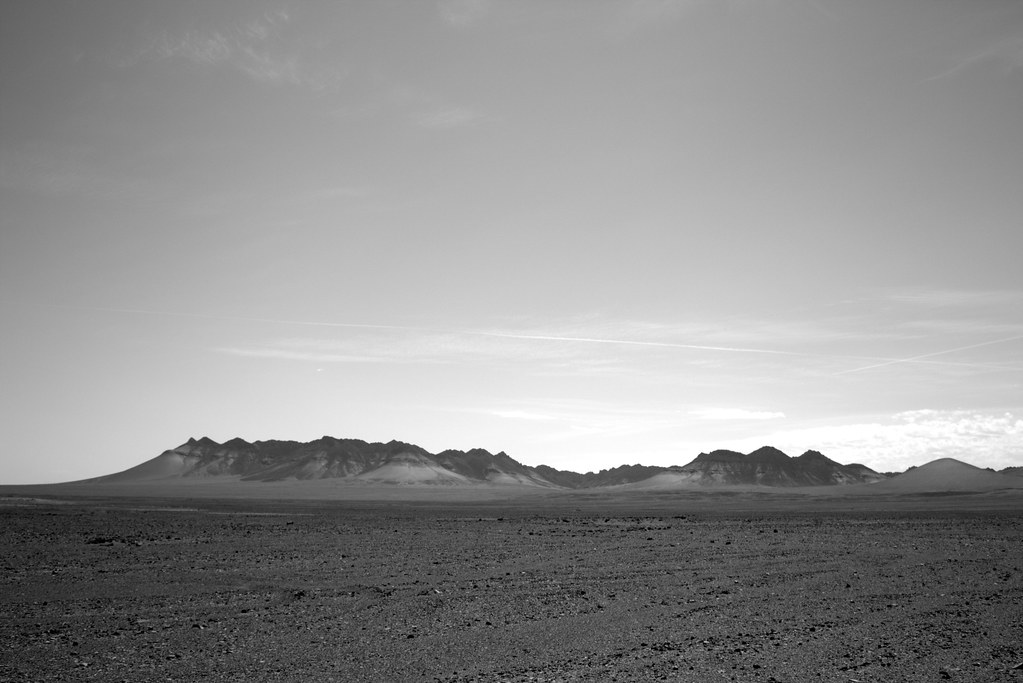 [it’s bigger and better on black]

Did you miss me?

3½ days and 64km down the Orange River was certainly an adventure, taking us way out of our comfort zones, but it was also an enjoyable experience that will stay with us for years to come.

The group was fun – a good laugh – and the beers and G&Ts flowed almost as fast as the river. The guides were helpful, friendly and knowledgeable, and while there were numerous challenges of rapids, capsizings and long days paddling through the heat along the way, I think everyone had a good time. The lack of water in the river did make the trip even tougher though. Apparently, during high flood season, some guides had done the same route that we did over those 3½ days, in just 75 minutes! We actually had to do some work.

I’m uploading photos as I write [update: here they are!], although due to a camera malfunction, not as many as I would have liked. Still, others on the tour have pics too, so there are plenty of memories to be shared. And Florence the Mavic came out on the river with us (you couldn’t have packed a Phantom, #just saying), so there’s some footage from there to come as well. Give me time. My bruised, blistered, aching, exhausted, old body needs a little while to recover. Still, with creature comforts like a bed, a roof and a shower to enjoy, I don’t think it will take too long.