I took the boy wonder to the Stadium last night to watch the final of the U20 8 Nations tournament. He’s still young and restless, so although there were two games on yesterday, we aimed to get down there just in time for the second one – Brazil v Argentina. However, due to the lack of traffic, combined with the 1-1 scoreline in the 3rd place game, we got there just in time to see the penalty shootout between South Africa and Japan. Amajita triumphed 7-6, which not only gave Alex the chance to cheer a bit, but also allowed us both to see a ball hitting the back of a net. 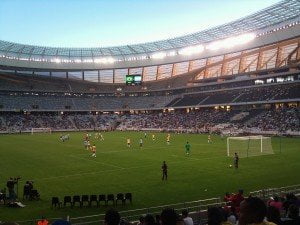 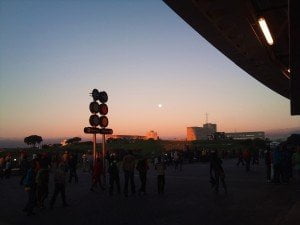 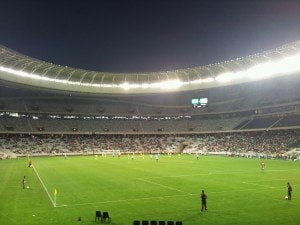 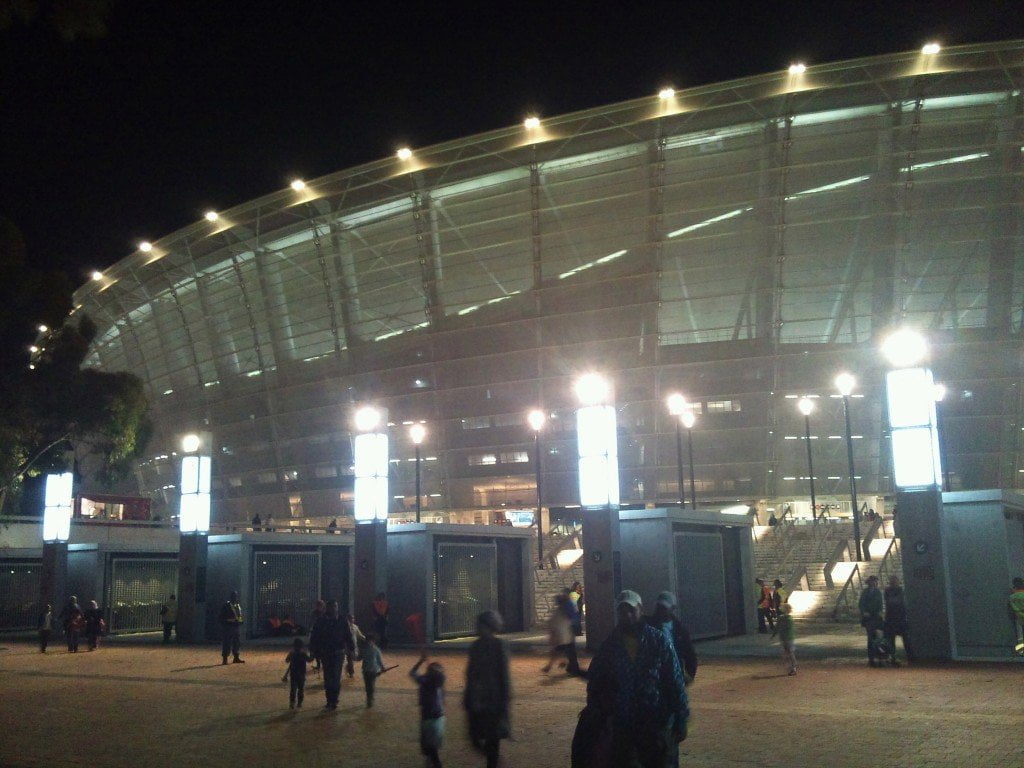 Using the power of the doughnut, we made it safely through 90 minutes of the South American giants slugging it out using the “couldn’t hit a cow’s arse with a banjo” style of play. All the typical elements of Latin American soccer were present: flamboyant diving, flamboyant petulance and flamboyant shooting well wide of the target. If these players represent the future of the beautiful game, it’s all going (further) downhill fast.

At 90 minutes, with a delayed kick off and the prospect of another half hour of rubbish, we headed home, spotting the ISS as we left the stadium precinct. Brazil went on to win the game 2-0 aet, but having to carry an exhausted boy back to the car, I feel that we made the correct decision to leave after normal time.

13,000 turned out for the final, but the publicity for the tournament has been much criticised and the attendances have been poor. Nevertheless, we’re going to do it all again in 2014.