As a powerful cold front with gale force northwesterly winds hits Cape Town again, here’s a flashback to 50 years ago when the same thing happened and the 156m long, 8100 tonne SS Seafarer, en route from Glasgow to Beira, ran aground at Mouille Point in Cape Town. 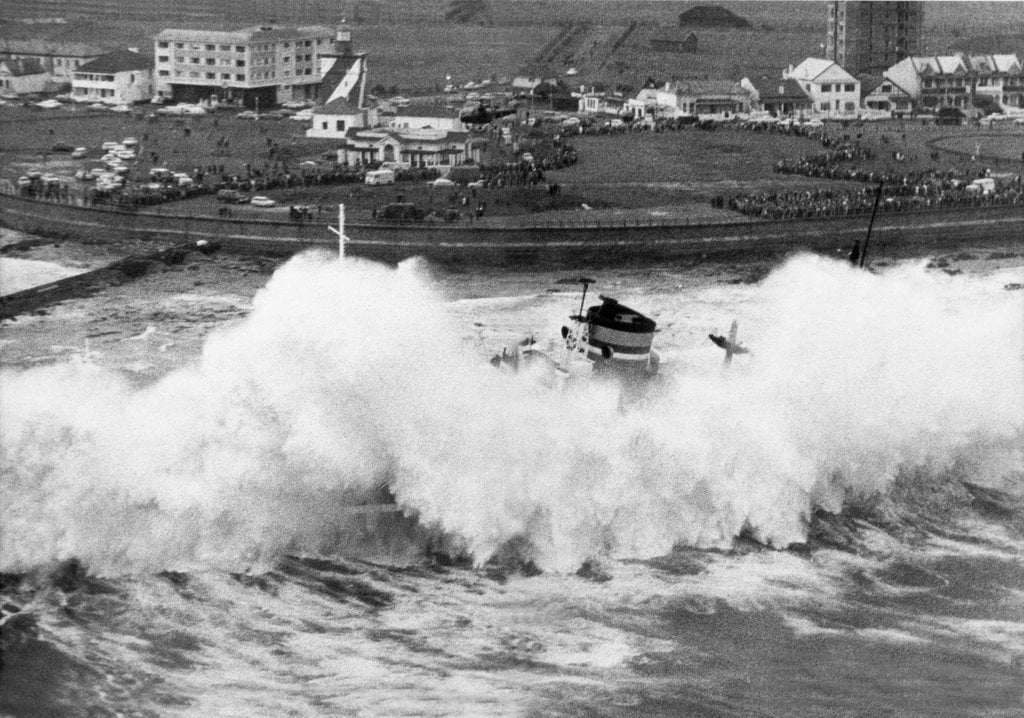 Seafarer was carrying a cargo of highly dangerous tetra-ethyl-lead and 12 passengers. She was advised to stay outside but decided to enter Cape Town Harbour in rough weather and ran aground off Green Point.

Fortunately, all the crew and passengers were rescued by helicopter after attempts to get a rocket line from the shore failed.

She broke her back and became a constructive total loss. She was broken up in situ.

As I have previously mentioned, my mother-in-law, living in Mouille Point at the time, was one of the crowd which gathered to watch the developments and is likely one of the people you can see in the photo above.